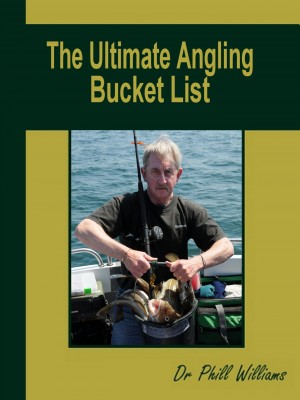 While I don't live on the coast, through holidays as a child, it was only ever going to be sea fishing, and as I became more financially independent, boat fishing and ultimately my own small boat.

What followed was a rather structured approach, very quickly leading me to the desire to catch every species of fish in the British Record list. An unrealistic ambition which was very quickly down graded to 100 species of fish, and eventually by increments, to the The Ultimate Bucket List which forms the basis for the book of the same title.

You have subscribed to alerts for Phill Williams.

You have been added to Phill Williams's favorite list.

You can also sign-up to receive email notifications whenever Phill Williams releases a new book.