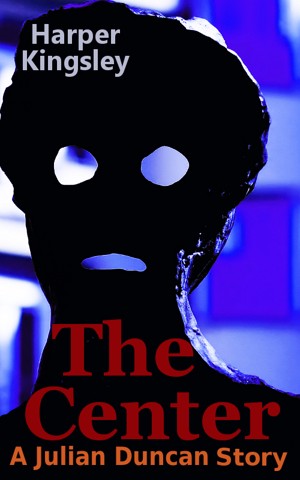 By Harper
Before he used his psychic gifts to work with the police. Before he became Julian Duncan... He was Julian DeVries, a scared boy held at a secret facility known only as The Center. Abused and experimented on, his only desire was freedom and escape from a terrible future only he could see. More
Orphaned violently at 12 years old, Julian has lived at the Center as favored test subject and future breeding stock. He has tried to escape several times, but has always been brought back to the scientists that torment him. There is nowhere else that he can go and no other life that he can live...

Then he receives a horrific vision of his future and he has no choice but to try once again for his dream of freedom.

Harper Kingsley is a science fiction and fantasy author living in Washington State.

About the Series: Of Blood universe

The Of Blood universe begins on an alternate Earth where humans unknowing live alongside mythological creatures and spans out across the stars in a battle to protect humanity. Because while vampires and lycanthropes prey on humans, they need them to survive.

Also in Series: Of Blood universe

You have subscribed to alerts for Harper.

You can also sign-up to receive email notifications whenever Harper releases a new book.