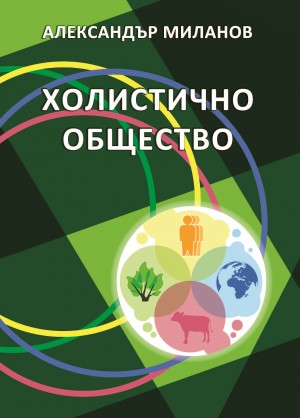 Foundation “New Age citizens” is a non-for profit juridical body, which is registered according to Bulgarian law. Its headquarters are in Sofia. It had published publications on the esoteric subject of kathara teachings. The foundation is a pioneer in introducing the holistic model for social organization, which is described in the book Holistic Society. Director of the foundation is Aleksandar Slavkov Milanov. He is a Bulgarian jurist and a philosopher, who was born in Sofia in 1983. He had graduated Law in Sofia University and had specialized International Space Law in Vienna, Austria. He had also studied astrology, philosophy, ancient esoteric teachings and especially kathara - the sacred science of light and sound. When he was convinced that intelligent extraterrestrial non-human beings do exist and contact with certain individuals on Earth had been made, he started to study the Freedom Teachings, among which is the system of kathara. The German translation of his book “The return of the sacred knowledge of kathara. The secrets of the Stargates” aims to provide systematic information about this ancient sacred knowledge which explains in detail the relationships between the human and the universe - between the microcosmos and the macrocosmos.
He is also the author of the book "Holistic Society" in which he presents the holistic model of social organization, including the principles of holistic economy.

You have subscribed to alerts for Aleksandar Milanov.

You have been added to Aleksandar Milanov's favorite list.

You can also sign-up to receive email notifications whenever Aleksandar Milanov releases a new book.