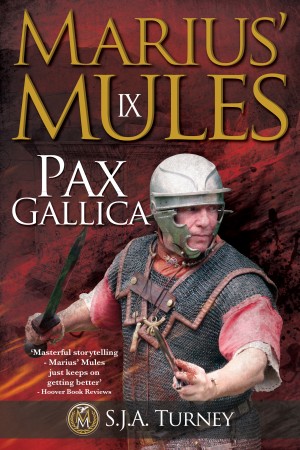 Marcus Falerius Fronto, exiled from Rome, seeks out his former commander in an effort to build a future and soon finds himself in command of a most unusual legion with a remit to restore peace in Aquitania. Accompanied by his friend Galronus and his closest companions, and as part of a deal with Caesar to help restore the Falerii, Fronto marches southwest to battle with mountain tribes who have remained largely untouched by Roman conquest and the revolt in Gaul.

But sometimes the past casts long shadows, and Fronto is about to come face to face with enemies old and new; enemies who will bring him to the brink of destruction and force him to confront personal demons long buried.

The legion is marching. The war for Gaul is over, but the war for Aquitania has begun.