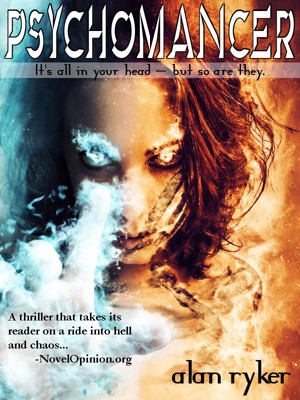 By Alan Ryker
Rated 3.33/5 based on 3 reviews
Cornelius Worthington, the luckiest man in the world, washes up on a beach in Miami with no knowledge of where he is.

Natasha Barrett, the most gifted psion the government has ever trained, is tasked with capturing or killing him.

Seymour Zimmerman, a freelance journalist who writes a syndicated column about strange deaths, follows their path of destruction and winds up with a big story. More
Science scoffs at the concept of luck. The lottery is called a tax on people who are bad at math, and Vegas rakes in cash based on precise odds, not good fortune.

But what if good luck were a scientific reality? An evolutionary trait?

Cornelius Worthington, the luckiest man in the world, washes up on a beach in Miami with no knowledge of where he is.

Natasha Barrett, the most gifted psion the government has ever trained, is tasked with capturing or killing him.

Seymour Zimmerman, a freelance journalist who writes a syndicated column about strange deaths, follows their path of destruction and winds up with a bigger story than he could have ever imagined.

Then things really start to get weird.

Alan Ryker is the product of a good, clean country upbringing. Though he now lives with his wife in the suburbs of Kansas City, the sun-bleached prairie still haunts his fiction. Check out his many adventures at his blog, Pulling Teeth at www.alanryker.com. Enjoy his most mundane thoughts by following him on twitter: @alanryker. And contact him at alanjryker@gmail.com. 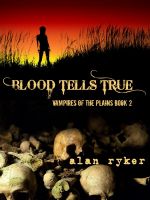 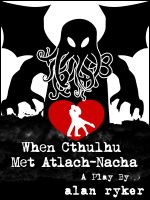 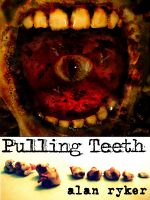 Reviews of Psychomancer by Alan Ryker

Review
Nicole Sobon reviewed on Aug. 14, 2011
(no rating)
I won this in a member giveaway on LibraryThing for review. "Psychomancer" isn't a bad book what-so-ever, but it just isn't for me. Since I wasn't able to finish it, I will not be posting a full review.

The first chapter was awesome - lots of showing, I could practically smell the ocean and vomit and everything, and it was great. After that, it kind of went downhill. It felt like there was a lot of stuff snatched from Torchwood and other similar scifi series, and then it went into a lot of long descriptions with telling over showing, cliches galore, and a predictable girl-meets-and-falls-for-alpha-male storyline. I just couldn't get into it, though I did try.

I guess this book just wasn't for me. It could have been better after a few more revisions, I suppose, but it greatly disappointed met that it wasn't. It felt more like a first draft rather than a finished product.

Nevertheless, I wish Ryker well on his future works, and will give him another try at another time.

(posted to librarything, shelfari, and goodreads)

Psychomancer is alternatingly funny and horrific, philosophical and explosive. It asks: When good luck is real, what happens if we end up on the wrong end of someone else’s?

Alan Ryker is an established writer and Psychomancer is a very professional and well crafted novel which held my attention from beginning to end. Anyone into conspiracy theories should certainly enjoy it, as it uses the premise that there are global armies of ‘psions’ , genetically advanced humans, battling each other with psychic weapons in an extended ‘cold war’.

Natasha is the most advanced of the psions, and she spends her time having virtual sex and keeping the world safe for the CIA and the USA. When a new psion presence is detected, Natasha is assigned to find and evaluate it, and it rocks her world to find that it is far, far more powerful than she. The book explores the changing relationship between Natasha, the new psion (Cornelius) and Natasha‘s paymasters, the CIA; when the decision is taken to terminate Cornelius, all hell breaks loose.

There are certain similarities in the plot to Stephen King’s ‘Firestarter’, but that’s not such a bad comparison to make and there is no sense of this being a sub-standard SK novel. Alan Ryker gives plenty of depth to a variety of characters, and there is rarely a dull moment. His explanation of psychic powers is lucid and logical and just detailed enough; he never gets tied down with the minutiae, and that lets the story flow.

The small criticisms that I have concern the fate of some of the characters, who seem to be written out before their time, and the ending which I thought was a little weak. I would have been happier to see the story extended a little, but maybe I’m just being greedy; you know what it’s like when you read something good, you don’t really want it to end.

You have subscribed to alerts for Alan Ryker.

You have been added to Alan Ryker's favorite list.

You can also sign-up to receive email notifications whenever Alan Ryker releases a new book.