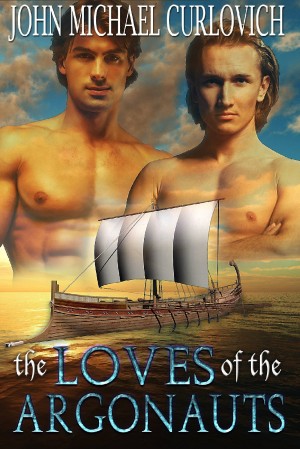 The Loves of the Argonauts

Jason’s native city Iolcus is under a curse. The king is tormented, people are abandoning the haunted city and it is slowly dying. The only hope appears to be retrieving the Golden Fleece, which was lost to Iolcus generations earlier. Jason and his cousin Acastus take on the daunting task of assembling a company of athlete/heroes to recover the Fleece from Colchis, the legendary land at the end of the world. Along the way they find adventure, danger—and love. The Loves of the Argonauts, based on the original Greek myths in their various versions, vividly recreates that world and the Argo’s storied journey on a truly epic scale.
Available ebook formats: epub mobi pdf lrf pdb txt html
First 5% Sample: epub mobi (Kindle) lrf more Online Reader
pdb
Price: $9.99 USD
Buy Add to Library Give as a Gift
How gifting works
Create Widget
Tags: gay lgbt mythology mm ancient greece hercules goldenfleece

Reviews of The Loves of the Argonauts by John Michael Curlovich

You have subscribed to Smashwords Alerts new release notifications for John Michael Curlovich.

You have been added to John Michael Curlovich's favorite list.

You can also sign-up to receive email notifications whenever John Michael Curlovich releases a new book.