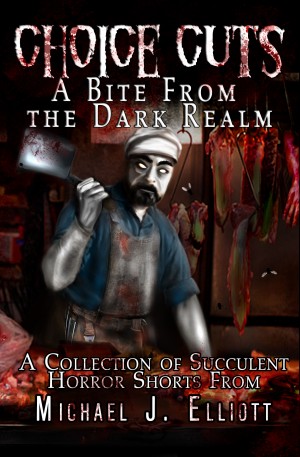 A collection of dark and quirky tales from the author of Portraits of Dread. Tales of horror, a dystopian future, and the supernatural. More
SPECIAL PROMO PRICE 99c WILL BE $4.99 AFTER NOV 1st 2016!

Welcome to the Dark Realm. A delicious realm of darkness where the residents trade in the mundane for choice cuts of fear and dread.
This collection of meaty tidbits will have you screaming for more.
Included in this collection are such juicy titles as:
PENANCE'
Deep within the bowels of an ancient convent, Sister Elizabeta is praying for forgiveness while the Council of Elders plan a horrifying punishment for her.
A BITE FROM THE DARK REALM,
A strange race of carniverous creatures take up residence in a suburban London supermarket.
SPEAK NO EVIL,
A deaf woman takes her revenge on a philandering boyfriend.
These and other tales await you in the Dark Realm
Available ebook formats: epub mobi pdf lrf pdb txt html
First 20% Sample: epub mobi (Kindle) lrf more Online Reader
pdb
Price: $4.99 USD
Buy Add to Library Give as a Gift
How gifting works
Create Widget
Tags: horror and dark humor
About Michael J Elliott

Michael J Elliott lives in Victoria, Australia and grew up with a vivid imagination. At Primary school his Headmistress proudly called him A second Alfred Hitchcock Michael continued his love of the creative arts where he was praised for his performances in school productions such as Oliver. He achieved an A+ for his scriptwriting and directing in his Year 12 Media Studies class. Michael then went on to study Media for two years at Melbourne State College. He also joined a local amatuer performing and social group who reguarly performed free shows for senior citizens club and his comedy sketches were highly praised. Michael's writing highlight thus far was to write a comedy sketch for a television special which starred his brother, one of Australia's most widely respected comedians. Michael is a fan of sci fi, British comedy, fantasy and golden age Hollywood movies and is a fan of online game Wizard 101 which he says, nutures his fantasies to be an adult Harry Potter. Michaei is the author of short stories, Dinner For Two and Mr Westacott's Christmas which are included in his collection of short horror stories, Portraits of Dread. He has also written the horror novella, Sharpshooter. His other two shorts, Black Silk Panties (An erotic horror story) and How does your gaden grow? are now available and are part of his newest collection, Choice Cuts-A Bite From The Dark Realm. Released on Haloween 2016.
Michael is also the illustrator of the childrens books, Girlie'sAdventures by author and publisher Claire Plaisted. 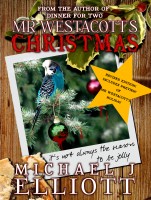 You have subscribed to alerts for Michael J Elliott.

You have been added to Michael J Elliott's favorite list.

You can also sign-up to receive email notifications whenever Michael J Elliott releases a new book.