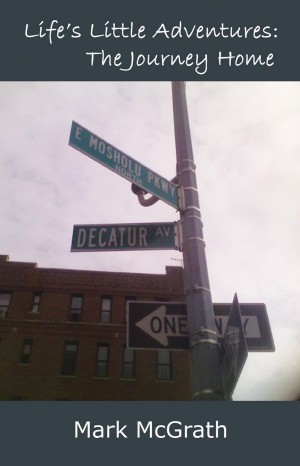 By Mark McGrath
Author Mark McGrath discovers that to raise four children as a single parent, along with continuing a career in nursing, he needs more than a pair of ruby red slippers. He needs the help of family and friends. Tears and laughter flourish throughout his many adventures, trials and unforgettable moments as a nurse and as a father. Join him as he makes...

Mark McGrath is a single father of four children currently residing in Bayside, New York. Born and raised in the Bronx, he attended St Brendan school and moved on to Cardinal Spellman High School, graduating with the famed class of 1983.

He worked as a research librarian assistant for Lehman Brothers in the late 1980’s and early 1990’s while he attended Lehman College in the Bronx. Graduating with a Bachelor of Arts in Economics in 1989, he quickly changed course and began nursing school in 1991. He again attended Lehman College and while in school worked for Booz Allen and Hamilton and AT Kearny in New York City as a consultant researcher.

His first son, Jonathan, was born in 1996, and soon after he relocated to Ronkonkoma, New York, taking a job at Stony Brook University Medical Center as an assistant to the Nurse Manager running the middle shift. After suffering injuries in a car accident in 1998, he moved on to become an IV Nurse Educator for Vital Care Infusions in Farmingdale, teaching IV skills to other nurses, and seeing home care clients.

Mark relocated to Florida in October of 2001 and worked for a nursing agency that sent him to various hospitals as a traveling RN. He took his last permanent job in Florida in 2007 at Parrish Medical Center in Titusville.

After gaining custody of his four children in October of 2008, he moved back to New York to start over again. HE currently works as a home care IV specialty nurse for Vital Care Infusions and still teaches nurses IV skills.

In his spare time, Mark enjoys going out, spending time with his children, and watching his favorite teams win (Jets, Yankees and of course, his beloved Rangers).

You have subscribed to alerts for Mark McGrath.

You have been added to Mark McGrath's favorite list.

You can also sign-up to receive email notifications whenever Mark McGrath releases a new book.