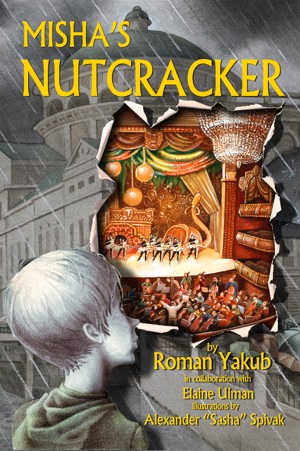 Roman Yakub is an acclaimed composer whose music was performed in Europe and USA. He received several prestigious music prizes including 1st Prize in the Ithaca College Choral Composition Competition, National Telly Award, ASCAP Annual Composer Award and others. After receiving his Doctorate in Music Composition, Roman Yakub together with his partners had started creating classical music computer games for children. The Nutcracker Music Game, Mozart's Magic Flute Music Game, Alice in Vivaldi's Four Seasons Music Game and Discover Bach! Music Game had received numerous awards at the national and international levels. It was the Nutcracker Music Game that inspired Roman Yakub to write his first book in collaboration with Elaine Ulman.
Roman Yakub lives in Amherst, Massachusetts with his wife Irina and son Sasha.

You have subscribed to alerts for Roman Yakub.

You have been added to Roman Yakub's favorite list.

You can also sign-up to receive email notifications whenever Roman Yakub releases a new book.