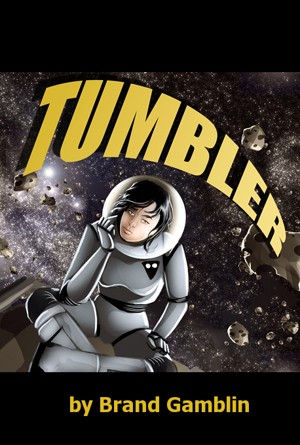 By Brand Gamblin
Rated 4.50/5 based on 4 reviews
Libby Carter wanted to get away from it all, so she took a job mining asteroids as far out into the inky blackness as possible. However, her escape turned into a trap, leaving her stuck in indentured servitude, living on a tiny rock in space. As she tries to dig herself out, she gains friends and finds adventure.
Available ebook formats: epub mobi pdf rtf lrf pdb txt html
First 50% Sample: epub mobi (Kindle) lrf more Online Reader
pdb
Price: $4.99 USD
Buy Add to Library Give as a Gift
How gifting works
Create Widget
Tags: asteroid mining asteroids asteroid belt heinlein
About Brand Gamblin

A graduate of Texas Tech University with a Bachelors in Computer Science, Brand has been a video game programmer for the majority of his life, working for such companies as Microprose, Acclaim, and Firaxis. He is now working as a User Interface Programmer for a Network Security company.

He participated in the National Novel Writing month in 2008, and won with the novel Tumbler. Since that time, Tumbler has been made into a podiobook, and is actively seeking a publisher.

in 2009, Brand again joined in the NaNoWriMo, this time writing a Steampunk retelling of George Orwell's most famous work, which he has titled 1884. At the time of this writing, 1884 is still in development.

Tumbler Book Trailer
Libby's story, told by one of her best friends. 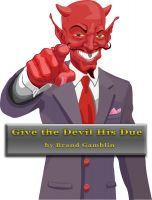 Reviews of Tumbler by Brand Gamblin

Full review can be found on my blog : http://killie-booktalk.blogspot.com/2011/07/tumbler-brand-gamblin.html

Brand Gamblin's "Tumbler" is an enjoyable light Sci-Fi adventure that is fundamentally about a young character facing struggles as she attempts to find her place in the Universe.

The first thing that came to mind as I read this book was the Sci-Fi TV series called "Firefly". Not because of the space ships or anything like that, but because this book really grabbed that "western in space" and "life on the frontier" vibe that also was present in "Firefly". Overall, I think it gave the story a different feel from some of the standard war, aliens & weapons type Sci-Fi that exists in bulk.

In regards to the science in the novel, it did come across as being believable, with some good development of the mining systems, habitats and transportation. The author actually uses the fact the Libby is an outsider to enable the reader to learn and understand some of the aspects of the environment and technology whilst she learns about it herself.

The story itself is told in an entertaining and fast paced manner with various problems and issues thrown up in Libby's path as she tries to survive in a hostile environment. Whilst the plot isn't anything amazing, it did keep me engrossed from beginning to end and I actually completed the book over one weekend. The story did seem to deviate at times from what I deemed as the overall plot, but I think this was the author trying to expand and develop the environment and society that I was reading about so I was happy enough to accept it

There are a few small issues I have with the novel, but I don't think any of them would stop me recommending it to someone. First of all, the main character Libby seemed somewhat undeveloped. For example, aside from the fact that she plays the odd poker game I have no idea about her history, what hobbies she has or if she has any real defining personality traits.

The other issue I have is the ending, the way that everything just falls into Libby's lap and she more or less ends up with enough power to do almost anything she wants was a little bit of a let down. Up until that point, I was rather happy with the overall story and direction, the ending just felt and out of sync with the rest of the novel and seemed to be tacked on just to give an almost fairy tale ending.

Overall, I think that "Tumbler" is an enjoyable light hearted read that could be picked up by most readers. It doesn't have the most in-depth character development or plot but it is fun and I would recommend it to anyone looking for a quick read, especially any young readers that are looking for a way to explore some Sci-Fi literature.

(reviewed 4 months after purchase)
Kit reviewed on Feb. 28, 2011
(no rating)
I enjoyed it and will look for further books by Gamblin. The YA nature of this book did feel a bit odd, but I enjoy a feel-good story mixed in with the rougher content of most books I read.

This book was a real treat. At less than 200 pages, I breezed through it in a few hours, my attention completely focused on it the whole time I was reading. The pace is perfect—as soon as Libby thinks she might have a handle on her life, something crashes and she is forced to reevaluate and find a solution. I had to keep turning pages to find out what would happen next, and I really came to care about the characters by the end. The only thing that was a little confusing was the time jumps between some chapters; it sometimes took me a few pages to realize that there was a gap of several months since the previous events.

(reviewed the day of purchase)
Iron Kilt reviewed on April 21, 2010

Brand Gamblin is writing the sort of science fiction that I am rapidly becoming very fond of. It takes characters that seem as real as my next door neighbors and puts them in a futuristic world that’s less about ray guns and aliens and more about life on the frontier of space.

I'm looking forward to his next work.

I don't read a lot of YA books, so I found the pacing and obvious feel-good message a bit off, but I really liked this story of life on an asteroid mine. Libby is a great character; this story almost had a western feel with its frontier town and grizzled old miners. Still, it had enough SF chops for a space story.

I got a bit bogged down in the geology, but it's hard to have a mining story without a lot of rocks. All in all, a great teen/YA read.

You have subscribed to Smashwords Alerts new release notifications for Brand Gamblin.

You have been added to Brand Gamblin's favorite list.

You can also sign-up to receive email notifications whenever Brand Gamblin releases a new book.