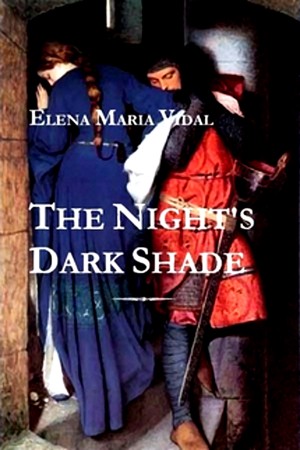 The Night's Dark Shade: A Novel of the Cathars

By Elena Maria Vidal
"From the first page, Vidal draws the reader into a vibrant world of action and emotion. Raphaelle de Miramande is an engaging young heroine, bravely facing physical and moral dangers and dilemmas in search of truth and love. Vidal's novel captures the spirit of the Middle Ages." ~Stephanie A. Mann, author of Supremacy and Survival More
Set amid the turmoil of the Albigensian Crusade in thirteenth century France, THE NIGHT'S DARK SHADE tells of heresy versus orthodoxy, and of forbidden love versus fidelity. Heiress of her father's estates in Auvergne, the orphaned Lady Raphaelle leaves her home to marry a nobleman in a remote castle in the Pyrenees. There she encounters the mysterious Cathar sect who challenge all of her most deeply held beliefs. As she seeks the path of her true calling, she discovers hatred and betrayal, as well as abiding friendship and unexpected love.

"A harrowing and engrossing journey."~Catherine Delors, author of Mistress of the Revolution

"The Night's Dark Shade explores the passions of the human soul, the danger of heresy...and the heady enchantment of courtly love....A gripping tale filled with danger, intrigue, and adventure...." ~Historical Novel Reviews Online

Reviews of The Night's Dark Shade: A Novel of the Cathars by Elena Maria Vidal

You have subscribed to Smashwords Alerts new release notifications for Elena Maria Vidal.