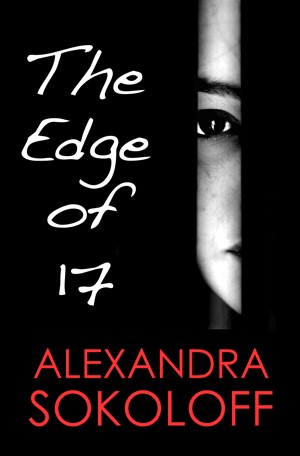 The Edge of Seventeen

By Alexandra Sokoloff
Rated 4.00/5 based on 1 reviews
Sixteen-year old Anna Sullivan is having terrible dreams of a massacre at her school. When Anna learns that Tyler Marsh, her secret crush, is having the same dream, she becomes convinced that they are being shown the future so they can prevent the shooting...

If they can survive the shooter - and the dream.

Short story: 6700 words. Winner of the ITW Thriller award for Best Short Fiction More
Sixteen-year old Anna Sullivan is having terrible dreams of a massacre at her school. Anna’s father is a mentally unstable veteran, her mother vanished when Anna was five, and Anna might just chalk the dreams up to a reflection of her crazy waking life – except that Tyler Marsh, the most popular guy at the school and Anna’s secret crush, is having the exact same dream.

Despite the gulf between them in social status, Anna and Tyler connect, first in the dream and then in reality. As the dreams reveal more, Anna becomes convinced that they are being shown the future so they can prevent the shooting…

If they can survive the shooter – and the dream.

Alexandra Sokoloff is the author of the supernatural thrillers THE HARROWING, THE PRICE, THE UNSEEN, and BOOK OF SHADOWS (St. Martin's Press), the paranormal romance, THE SHIFTERS, and the upcoming paranormal trilogy TWIST OF FATE (Harlequin Nocturne). She is also the author of SCREENWRITING TRICKS FOR AUTHORS (AND SCREENWRITERS!), a workbook based on her internationally acclaimed blog and workshops. She is a Thriller Award winner and a Bram Stoker and Anthony Award nominee. The New York Times Book Review called her books "Some of the most original and freshly unnerving work in the genre."

As a screenwriter, Alex has sold original horror and thriller scripts and adapted novels for numerous Hollywood studios, for producers such as Michael Bay, Laura Ziskin, David Heyman, and Neal Moritz. Alex has served on the Board of Directors of the Writers Guild of America, and the board of Mystery Writers of America. She is also the founder of WriterAction.com, an online community and resource center of 2000+ professional screenwriters, and is a Phi Beta Kappa graduate of UC Berkeley.

You have subscribed to alerts for Alexandra Sokoloff.

You have been added to Alexandra Sokoloff's favorite list.

You can also sign-up to receive email notifications whenever Alexandra Sokoloff releases a new book.