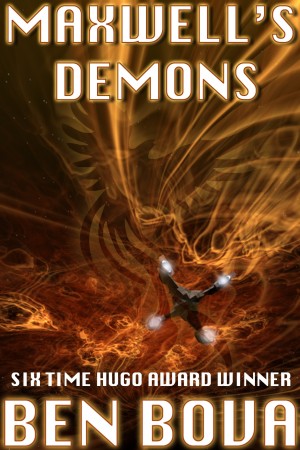 By Ben Bova
Science fiction and science fact, humor and adventure, all await when you enter the unpredictable world of... MAXWELL'S DEMONS More
We stand poised on the brink of godhood.

The knowledge and wisdom that modern scientific research offers can help us to take the next evolutionary step, and transform ourselves into a race of intelligent beings who truly understand themselves and the universe around them...

Six-time Hugo Award-winner Ben Bova presents a collection of his own personal demons and heroes.

Science fiction and science fact, humor and adventure, all await when you enter the unpredictable world of... MAXWELL'S DEMONS

You have subscribed to Smashwords Alerts new release notifications for Ben Bova.