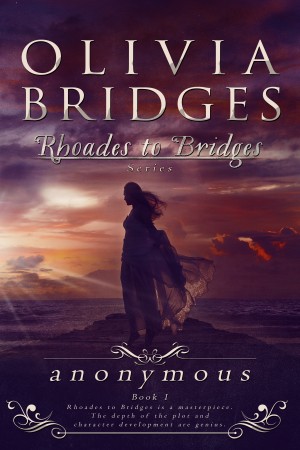 The series begins as Melanie Bridges wins a landmark lawsuit which rocks the nation all the way to the Supreme Court. With this victory, Melanie finds herself at the pinnacle of her legal career; yet, unmarried and childless, she is consumed with a burning desire to find deeper meaning for her life, apart from her professional persona. Taking a sabbatical, Melanie sets sail alone, bound for the Caribbean. Anticipating being far from home and loved ones, she takes with her a treasured photograph album from which her grandmother had told family stories when Melanie was a small child.

She expects the photographs will give her comfort in the long hours of solitude. Surprisingly, they do much more than she could have imagined as they carry her on a journey of a lifetime, through 150 years and the complex relationships connecting seven generations. She recognizes that the Bridges have always been a unique breed, exceptionally strong, bound by faith and family, with the courageous women of each generation unifying and triumphing over the unbearable circumstances of their day.

Melanie realizes the family secrets which once threatened to shatter the very core of the Bridges dynasty now serve as her salvation. From the past, she discovers she is but a solitary golden thread woven in the magnificent tapestry of a collective destiny.

Olivia Bridges was born, raised, and spent over half her life in the Mississippi Delta. It is extremely rare when a native Southerner is bold enough to seek the truth and write it with abandon. Rhoades to Bridges breaks the consensus of silence held by those who still cling desperately to the pride, pageantry, and plantations of a bygone era. Bridges delivers the long buried true story that now must be told.

One can’t get much more “Southern” than the heart of the Mississippi Delta and that is exactly where Olivia Bridges was born, raised, and spent over half her life. Coming from a family of writers, Olivia always had a burning passion to write but the demands of family and career overshadowed that passion for a long while. That is until Olivia and her husband moved to Latin America and she found the precious gift of time to write. She read many books written about the South but knew first hand that amid the stories of the South’s two worlds-one of majesty and the other of malevolence, there was a completely different story which had never been told-the story of her own family who lived in between those two worlds. Telling THAT story became Olivia’s inspiration for her debut series Rhoades to Bridges.

About the Series: Rhoades To Bridges

Behind closed doors of the Mississippi Delta, lies a tangled web of seduction, secrets, sin, and shame. Inspired by actual events, Rhoades to Bridges is an explosive saga which defies the confines of genre. From Steel Magnolias to Ghosts of Mississippi, there have been a great many stories told about the South: her majesty as well as her malevolence.

You have subscribed to alerts for Olivia Bridges.

You have been added to Olivia Bridges's favorite list.

You can also sign-up to receive email notifications whenever Olivia Bridges releases a new book.