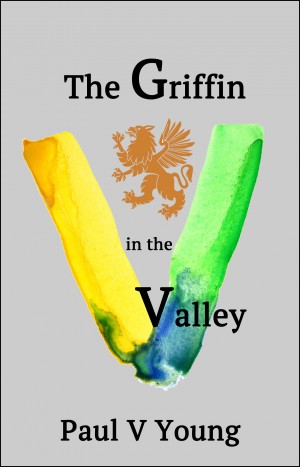 The Griffin in the Valley

By Paul Vernon Young
What secrets are held in the ruins of the Valley of the Temples in the very south of Sicily - first colonized by the ancient Greeks two and a half millennia ago? Did they hold the technology that would provide endless free energy? A modern day discovery is shrouded in mystery and treachery. More
Among ancient Greek ruins in the mysterious Valley of the Temples in the south of Sicily, a series of stone carvings inscribed with advanced scientific formulae has been found. A small group of well-intentioned scholars tries to interpret the archaic messages, but are threatened by an unknown enemy who is determined to thwart them.
Leo Castella is drawn to the island after his father, a member of the research panel, is assaulted on the streets of Palermo and remains in a coma. Together with a cousin who is a Cistercian monk, Leo discovers apparatus built by an ancient sage and long hidden in a chamber beneath a temple. They learn that the most valuable benefit available to the world is a free, inexhaustible supply of energy that has its source in cosmic rays.
The characters grapple with the moral issues of power and financial gain, ownership and the possible misuse of the newfound energy in the wrong hands. Ultimately, more information is unearthed which suggests that their unique source of power has far greater potential then they ever imagined.

ABOUT THE AUTHOR
Paul Young was born in Melbourne, Australia, on the 17th March 1953. After leaving school he spent a couple of years in the opal fields of Lightning Ridge in New South Wales, before moving his home base to Brisbane, Queensland.
His upbringing and education were along traditional Christian lines, yet from an early age he was drawn to mysticism and Eastern religions. Initially this tendency manifested in his choice of reading materials and the poetry he wrote himself; increasingly it has become a focal point in practical life. Paul belongs to the Rosicrucian Fraternity known as AMORC and holds a number of qualifications:
• Certified as a level III Reiki practitioner (2002)
• Certificate IV in Palliative Care and Conscious Dying (2003)
• Diploma of the Writing School Australia (2003)
• Certified TEFL English Teacher (2008)
• Certified Law of Attraction Practitioner (2014)
• Certified NLP Practitioner (2014)
Paul&#39;s first book, The Sign of The Quatrefoil, was written without any formal training, but at the end of 2003 he obtained his Diploma from The Writing School of Sydney, with the intention of producing further books and magazine articles. In 2004 he self-published a novel titled ‘The Griffin in the Valley.’
A career in international trade and shipping has given him the opportunity to travel to many places in the world, and he has spent some years living and working in Taiwan, Hong Kong, the Philippines and Thailand. These days he is easing into retirement from the corporate world and concentrating on his investigations into the paranormal and esoteric writings, with a particular emphasis on the relationship between humankind and the Sun.

You have subscribed to alerts for Paul Vernon Young.

You have been added to Paul Vernon Young's favorite list.

You can also sign-up to receive email notifications whenever Paul Vernon Young releases a new book.