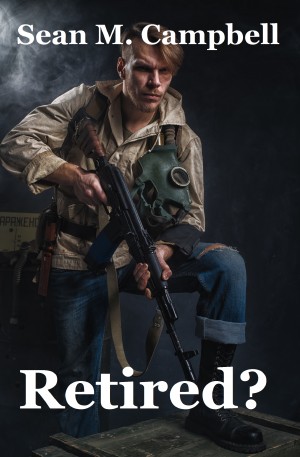 By Sean M. Campbell
The story is set far into the future of the human race. Humankind has learned the folly of high technology, and have formed an empire of over a thousand worlds. In this far future, Drake Daemon tried to retire from a life as a Praetorian Guard, but his past forces him back into a fight for survival and a war in the streets. More
Drake Daemon has come back to the planet of his birth. He has retired after a long career in the imperial military. The life of combat and survival was over and he was looking forward to the rest of his life being peaceful.
Drake’s past, however, would not leave him alone. His identity had been a closely guarded military secret, but a reporter had stumbled onto his identity. He had been linked to his past and one of his enemies wanted him dead. He was once again thrust into the role of guarding his charge. He was dragged back into a war.
His memory haunted past, had led him on a career path which had brought him to the top, but he had wanted to put it behind him. He wanted a wife and children, what he got was open warfare in the streets of his home world’s starport city. He had to keep the reporter alive and capture his enemy.
Drake Daemon was once again a Praetorian Guard.
Available ebook formats: epub mobi pdf lrf pdb txt html
First 20% Sample: epub mobi (Kindle) lrf more Online Reader
pdb
Price: $2.99 USD
Buy Add to Library Give as a Gift
How gifting works
Create Widget
Tags: action adventure bodyguard scfi future soldier

You have subscribed to alerts for Sean M. Campbell.

You have been added to Sean M. Campbell's favorite list.

You can also sign-up to receive email notifications whenever Sean M. Campbell releases a new book.