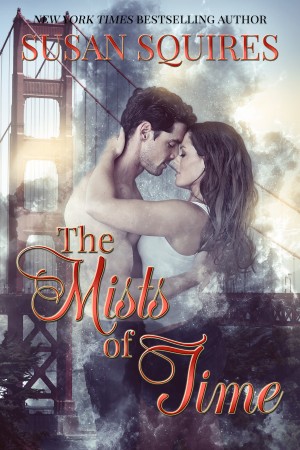 The Mists of Time

By Susan Squires
Diana Dearborn wants romance in her life. Given the opportunity she travels back in time to Camelot. It's not what she imagined at all. She saves a soldier by bringing him back to modern San Francisco, and changes everything. Now a mysterious stalker becomes her ally as they try to put history right, fall in love, and Diana discovers shocking secrets about herself and her partner. More
Divided by Centuries

Diana Dearborn knows all about romance, at least in the books she writes. But passion eludes her in real life—until she’s offered the chance to travel back in time to Camelot. The world of King Arthur and Guinevere is nothing like she pictured, and neither is the knight she encounters upon her return to San Francisco: Gawain, the hero of her current project. He’s complicated, mysterious, and sexier than anything her imagination could conjure. And he’s been waiting for her…

Now, joined together in a desperate race, Diana and Gawain must prevent an ancient, evil force from wreaking mayhem in the all-too-real present. Diana must learn to trust Gawain, even while she encounters secrets about her own past. But even if their mission succeeds, does Diana’s destiny lie with this man from another time—and will their love alter history forever
Available ebook formats: epub
Price: $0.99 USD
Buy Add to Library Give as a Gift
How gifting works
Create Widget
Tags: paranormal romance historical romance camelot time travel romance knights of the round table mists of avalon
About Susan Squires

Reviews of The Mists of Time by Susan Squires