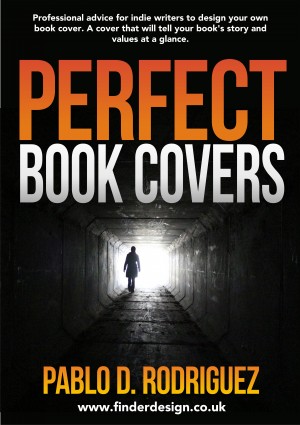 My intention is to help authors who self-publish their works to improve the presentation quality of their books.
Information is power and this book gives you all the information you need to make your covers look professional so they sell more.

I invite you to follow a little exercise. Think about your book. Try to understand the general idea and the emotions it conveys.
Only in four words. Okay; six words... No more than a sentence, please.
Got it?
Congratulations! You just created the basis for designing your perfect cover.
This book has a very simple goal. I'll try, through simple tips, to give you the support you need so your book cover can reach several readers; even if you decide to design it by yourself or hire a professional.
Download: epub mobi (Kindle) pdf more Online Reader
lrf pdb txt
Price: Free! USD
Add to Library
Create Widget
Tags: indie authors book cover design book covers for ebook indie book design
About Pablo Daniel Rodriguez

Pablo Daniel Rodriguez was born and raised in the city of Buenos Aires, but moved to Gijón in Spain before settling in London several years ago, where he now lives and work.

Pablo studied graphic design for advertising at the New School of Art and Design in Buenos Aires and has been working in the graphic arts for over 20 years at many companies and also as a freelancer.

He also started a business designing book covers, and has written a companion book on the subject called Perfect Book Covers, which is being translated into English and is due to be released at the end of October 2016.

Pablo has a range of diverse interests from cooking and camping, space exploration, to Italian opera. He also loves sailplanes and plans to get his licence once he has sold enough books.

But his real passion is for writing, and he is now the author of 5 books, all written in Spanish, which are being translated into English. His space opera series, The Labours of Iktis, is an exciting blend of space exploration and futuristic horror.

Pablo’s hopes for the future are to work full time as a book cover designer and as a successful author. When he isn’t working or writing he enjoys nothing more than relaxing with a good book.

Pablo Daniel Rodriguez can be found at the following;

You have subscribed to alerts for Pablo Daniel Rodriguez.

You have been added to Pablo Daniel Rodriguez's favorite list.

You can also sign-up to receive email notifications whenever Pablo Daniel Rodriguez releases a new book.