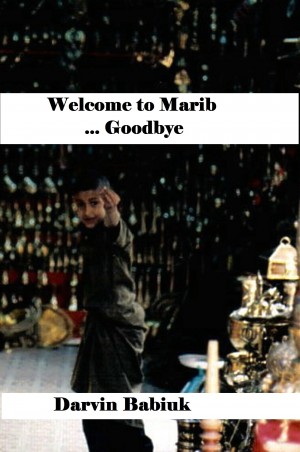 Darvin Babiuk writes novels, short stories, articles, shopping lists, and has more than once been considered a write-off. He hopes to be around to write his own obituary. Had he not been untalented and lazy, he’d be a professional hockey player. Friends say he has never been the same after the tragic incident that took place in the 1984 Moose Factory cribbage tournament. His turn-ons include women with mustaches, Men Without Hats (The musical group, silly!), honey Dijon mustard and leopard frogs. If he were a vegetable, he’d be a beet, pithy but misunderstood. He wishes he could write like Scarlett Johansson looks. He is a born-again critic and a card-carrying library patron. As a child, he was an imaginary playmate. He is currently working on a mystery series set in Vancouver and a comic/magic realism novel about hockey. He welcomes inquiries from agents or publishers. 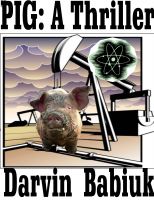 Reviews of Welcome to Marib ... Goodbye by Darvin Babiuk

You have subscribed to Smashwords Alerts new release notifications for Darvin Babiuk.

You have been added to Darvin Babiuk's favorite list.

You can also sign-up to receive email notifications whenever Darvin Babiuk releases a new book.