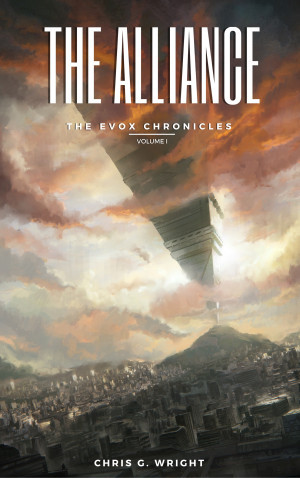 The Alliance: A Dystopian World, the Aftermath of Alien Invasion

The Alliance lays the groundwork for a 6-volume science fiction series, combining both space opera and post-apocalyptic elements on Earth's thrilling journey from dystopia to utopia to interstellar travel and space colonization to the evolution of diverse societies - some human, some not - across the centuries in the shadow of a galactic menace. More
Earth's greatest military powers have been crushed to a shadow of their former glory. Invasion has plagued entire continents, throwing surviving societies into turmoil, famine, disease. Mankind's legacy has been reduced to ruins of rubble and rust. The future seems bleak for the isolated pockets of resistance, and what lurks in the skies will not rest until it has claimed every single one.

But all is not lost for the despairing humans. In the infinitude of the universe, there may be hope, so long as humans can learn to trust those who claim responsibility for this calamity, who claim their rescue plan will rock the very foundations of both worlds. Nearing extinction, do they have a choice?

Salvation rests on the shoulders of two men who are more than what they appear: Ethan Alexander Colt is a resistance fighter expected to make the ultimate sacrifice; the other is the tormented Cpt Donovan Ford, who must conquer his ghosts and embrace his destiny as a soldier.

Outnumbered and outmatched, two species will have to depend on the Conduits, ancient combat suits once operated by the infamous Scientists. But humans were designed with flaws, and Ethan and Donovan are no different. Will they see beyond their own aspirations and fight for the greater good? Or will they threaten the endurance of the Galactic Alliance and stability of the cosmos?

Chris G. Wright was born in Corfu, Greece in 1988, to a Greek father and Northern Irish mother. From a young age, his imagination was fed by science fiction movies and his father’s storytelling, and his love for the written book came from his mother’s abundance of novels. He studied Marketing in university, though his dream was to become an Air Force pilot. At some point, he even worked in bars shaking up cocktails. However, as writing had been a hobby for over fifteen years, family and friends persuaded him to try his luck with self-publishing a post-apocalyptic sci fi draft of 400 pages. Since February 2016, the draft gradually became The Alliance, his first ever book.

Chris now lives in Bath, England, with his partner, enjoying a simple life. His real dream is to live to see the world become a better place. He hopes his science fiction/space opera series, The Evox Chronicles, and its abundance of hidden messages, will inspire readers to appreciate the reality they live in.

About the Series: The Evox Chronicles 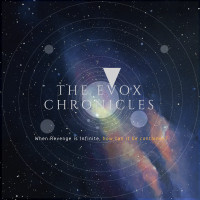 A 6-volume post-apocalyptic/space opera/military science fiction series. It takes Humanity on a thrilling journey from dystopian societies and an Earth occupied by other galactic civilizations, to interstellar travel and space colonization, to warfare and conflict with the universe's greatest powers.

The events spiral around a diverse group of "people" who must set their differences aside and fight the threats scheming in the dark.

You have subscribed to alerts for Chris G. Wright.

You have been added to Chris G. Wright's favorite list.

You can also sign-up to receive email notifications whenever Chris G. Wright releases a new book.