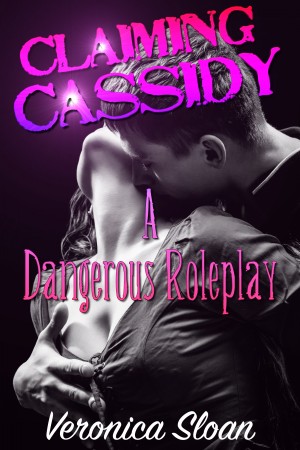 I had just pitched the rest of the turkey and cheese to the mob of birds when the door clanged open behind me. I nearly jumped off the roof.

It was Cassidy, dark hair tussling with the wind, her sheer blouse whipping over her neck and cleavage. She was out of breath, but when she saw my face she smiled. She hurried over. "I've been looking all over for you!"

She grabbed my wrist and pulled me back from the edge. Great, I thought, there goes my getaway.

"I got another weird phone call. We need to solve this mystery!"

She made me sit down with her at the table. The pigeons cocked their heads, puzzled at the sudden activity, eager for another free lunch.

She waved the suggestion aside. "Nope. This is top secret. Do you understand?"

"You promise you didn't tell anyone about what I said that night?"

"I believe you. But we have to figure out who's messing with me, because it's driving me crazy." She grinned at me and swept a black tress behind her ear. "I love solving mysteries, don't you?"

Love mysteries? No. Love Cassidy? I tried to think of a good line to convey it, but just ended up saying something stupid. "I know what they say about me downstairs, Cass, but I really lead a very boring life."

She grabbed my hands. Her fingers were ice cold, so I cupped them in my own. She gave a hum of approval. "Thanks," she said. "So let's break this down. That night at the party there was you and Sarah, and Alice and Steve, and Dan and me."

She leaned in close, eyes scanning the door to make sure we were alone. "Well, it's a he. Definitely a he. And he's been...making dirty phone calls."

My heart was the tip of a jackhammer digging into my ribs. I swallowed the lump in my throat and prayed my palms didn't give me away. Her fingers were rapidly warming against mine. "So, like, what's he saying?"

Her cheeks were rosy from the wind. Her eyes glittered in the afternoon sun and her skin glowed with heat. "You know," she said, "dirty things."

An impish smile. "I want to see how far he'll go."

"What do you think of that?"

Veronica Sloan writes dirty stories and naughty romances. Her erotica is explicit and steamy, and no topic is too taboo. A Chicago girl at heart, Veronica graduated from the Columbia School of Journalism with every intention of writing very important things about very important people. Currently, she spends her days writing about pop culture and her nights writing about lusty men and women and their naughty predilections. She loves big dogs, hot yoga and songs that are stupidly catchy. Visit her at https://www.veronica-sloan-erotica.com/home/.

You have subscribed to alerts for Veronica Sloan.

You have been added to Veronica Sloan's favorite list.

You can also sign-up to receive email notifications whenever Veronica Sloan releases a new book.