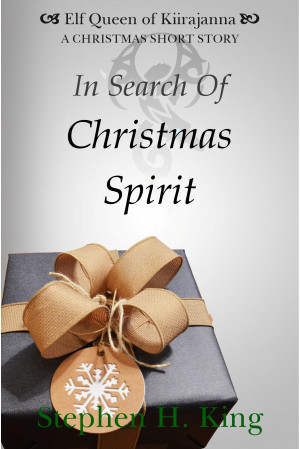 In Search of Christmas Spirit

By Stephen H. King
Alyssa, the future Dragon Queen, finds herself back at home in Mississippi with her mother and father, reunited for the Christmas holiday. Unfortunately, the current queen's three children had to come along for the ride. Follow Alyssa as she tries to find Christmas cheer in spite of -- or, perhaps, alongside -- the three spoiled prince and princesses.
Download: epub mobi (Kindle) pdf more Online Reader
lrf pdb txt
Price: Free! USD
Add to Library
Create Widget
Tags: fantasy christmas elf dragon queen kiirajanna
About Stephen H. King

Dean by day and writer by night, Stephen H. King grew up being asked whether he was "that Stephen King." "Not the author," he'd say until his writing addiction took hold and made that into a lie. Now he writes and reads and blogs as The Other Stephen King--you know, the one who writes fantasy and science fiction. When he's not writing, he enjoys thinking about writing while going on hikes or long road trips. When he's not thinking about writing, it's usually because he's fishing.

Stephen, his wife, and daughter, and two Chihuahuas all live more or less successfully together in Topeka, Kansas.

About the Series: Elf Queen of Kiirajanna

This exciting series follows the exploits of Alyssa, the future queen of the elves, as she fights to earn the title and preserve her people.

Reviews of In Search of Christmas Spirit by Stephen H. King

You have subscribed to alerts for Stephen H. King.

You have been added to Stephen H. King's favorite list.

You can also sign-up to receive email notifications whenever Stephen H. King releases a new book.