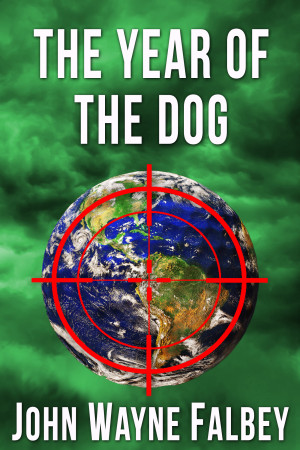 The Year Of The Dog

John Wayne Falbey writes thrillers involving international intrigue and geopolitical actions. His debut novel, Sleeping Dogs: The Awakening, has been endorsed by Compulsory Reads and has become an internationally bestselling thriller. There now are five books in the Sleeping Dogs series about a ruthless, patriotic black ops unit hunting and eliminating America's enemies. His latest novel in the Sleeping Dog series is A Deadlier Breed. He currently is working on the sixth book in the series under the working title "Deadly Litter: The Young Pups." He also is the author of The Quixotics, an action-adventure tale of gunrunning, guerrilla warfare, and treachery in the Caribbean.

A native Floridian and former transactional attorney, Falbey lives in Southwest Florida. He invites you to visit him at www.sleepingdogs.biz, where he maintains a blog called the Writer's War Room.

About the Series: The Sleeping Dogs

The world is becoming ever more dangerous. China is on the offensive, solidifying its dominion throughout Asia and setting its sights on the rest of the planet. The Russian president intensifies his threat against the free peoples of Europe and beyond. Islamic terrorists continue to fan the flames of hatred and discord across the globe. And some of America’s most dangerous enemies are inside the Beltway.

Meanwhile, America’s government, like a modern Nero, fiddles away the country’s treasure, seemingly too oblivious or incompetent to recognize the threat. Time is running out and the patriotic shadow government known as The Society of Adam Smith doesn’t have the benefit of unlimited human and financial resources. But it does have the one resource that no one else has—the world’s deadliest team of hunter-killers, known as the Sleeping Dogs. But not all dogs make good pets—especially when they are the hounds of Hell.

Also in Series: The Sleeping Dogs

Reviews of The Year Of The Dog by John Wayne Falbey

You have subscribed to alerts for John Wayne Falbey.

You have been added to John Wayne Falbey's favorite list.

You can also sign-up to receive email notifications whenever John Wayne Falbey releases a new book.