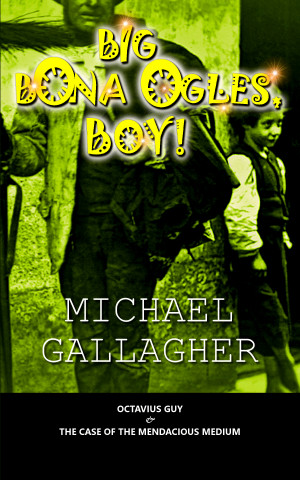 This is a fantastic book that brings out so much out of each of the characters portrayed. The Octavius Guy series is proving to be addictive. Just when I finish reading one book, I feel I have to go straight to the next one. I have always made some time for regular reading of books but seldom do I read something with so much anticipation of what may take place in the next page that I end up reading well into the night (even after an exhausting long day of work). I hope this series and the other books of this author are widely read.

(reviewed 10 days after purchase)
martha reviewed on Jan. 6, 2020
(no rating)
The author (very nice person, I've e-mailed with him), was so kind as to send me this book through librarything.

I liked it as much as the previous one in the series, a nice victorian mistery with the main character Octavius/Gooseberry evolutioning little by little into adulthood, to become a good young man and investigator, I should think. And all the other characters accompany very well.

The case of the medium itself made me think of Houdini, a few decades later, when he, a great illusionist, exposed all the tricks of a lot of fraudulent mediums, and his controversy with Doyle, more of a believer in spiritualism (and fairies, but that's another story). And yes, she is mendacious. Or not always?

This series just gets better and better and I just can't get enough of teenage investigator Octavius Guy! The sub plot of his own personal story and the development of the cast of characters had me totally engrossed and entertained. I love the way Michael Gallagher writes, with his witty asides and gentle humour. The characters are totally believable and superbly drawn. The era is thoroughly researched and I always learn something new about the lives and times of different classes living and working in London in the 1850s. This is an absolute gem of a series and quite the most enjoyable set of books I have read in a very long time. So much so that, while I await book 4, I am now going to try the author's other series "The Involuntary Medium"

(reviewed 21 days after purchase)
bontheia richardson reviewed on May 6, 2019

A wonderful series! Michael Gallagher had done it again. I loved this book. I laughed out loud and nearly cried. The characters are well developed and the storyline is different and engaging. It's obviously well researched and Mr. Gallagher goes even further than providing a great story by placing links to sites where the historical information referenced can be found. All in all, I was truly entertained and couldn't wait to learn who did it. Just as soon as you think you have it right, he throws you for a loop. I highly recommend this whole series and intend to read the next one.