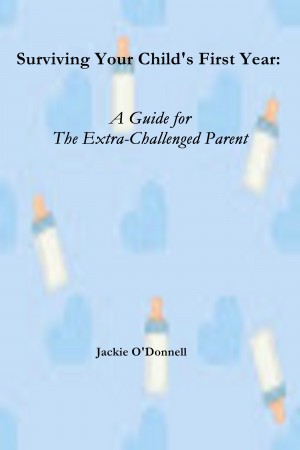 Surviving Your Child's First Years: A Guide For The Extra-Challenged Parent

By Jackie O'Donnell
Written to help people with disabilities meet childcare challenges, this book is useful for any new mother. It is practical, yet lightearted, including such topics as getting the house and equipment ready ahead of the birth, bathing and feeding Baby, handling clutter, and facing emergencies—all with an eye toward energy-conservation, nurturing, and bonding. A great gift for all expectant moms. More
Any new mother will benefit from this book, but it is the only child-care book to meet the needs of physically disabled mothers and those with conditions which limit their energy. It has the "I've-been-there" touch of a woman who has lived through the experience. It explains how Mom can select equipment that provides ease rather than ulcers; how to arrange the baby's room so the wheelchair, with her in it, does not end up in the closet; how to keep tabs on the little explorer without making a cage out of crutches. In other words, it gives the extra-challenged mother what she wants and needs most: self-reliance and self-confidence. This, then, is an enabling book.

Surviving Your Child’s First Years is designed to be concise so it can be enjoyed on first reading, then easily referred to again and again. Its tone is woman-to-woman rather than clinical, with humor interjected throughout. The use of a variety of children’s names will have the reader watching out for her own child’s name, making that section of the discussion more personal to her. She may even find a name that she likes but had not thought about! The expectant or new mother will find practical ideas to help her get the house and equipment ready ahead of the birth, bathe and feed Baby, deal with clutter, face emergencies, and handle other tasks that exhaust even the most physically-fit person—all with an eye toward energy-conservation, nurturing, and bonding.

The contents have been approved by a pediatrician, and the products mentioned are available in stores throughout the country.

I admit it. I’m addicted to writing. It’s a compulsion I’ve had ever since I first held a pencil and could make words appear on pieces of butcher paper from the roll my parents wrapped bread and other goodies in at our family bakery in San Jose, CA. It continued through third grade, when I won a prize from the school bank for a little masterpiece called “It’s Fun to Save.” It drove away the lonesomes of not being able to play with other kids because polio left me less than agile, and it led to several notebooks containing imaginary escapades of my mom, my dog, my wheelchair, and me. As a senior in high school I won the Creative Writing award for the year—but earned only a B in the class because I wanted to write what I wanted to write, not what was necessarily assigned.

When I began college I decided writing was not going to feed me, and I loved the thought of teaching others how to communicate in writing. Teaching was a natural fit. For many years I taught high school English, that universally hated subject. Those years gave me happy fulfillment and lifelong friends in the form of colleagues and ex-students. I count among my blessings “kids” who are now in education, politics, on both sides of the law (one in prison, one a District Attorney), corporate executives, trades people, the famous and the slightly infamous. Keeping in touch with these people, along with experiences I had growing up as a person with a disability, gave me food for thought. . . and for writing. Much of what I write, then, deals with how people treat each other.

In 2005 my son, Brian, vacated the nest to begin his own life. Deeply saddened by this, his father and I set out the following day to turn his bedroom into a guest room and buy new living room furniture. When Brian asked why we didn’t do all this stuff while he was still home, I could only tell him my hopes that he’d drop by often to see whatever else we were up to. When he’s a parent of a teenager, he’ll understand. Meanwhile, my husband, Frank, and I are content to make a life of our own while enjoying the man our son has grown up to be.

Life is good. Life brings surprises. Life exists to be written about and shared. 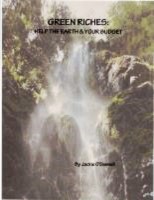 Reviews of Surviving Your Child's First Years: A Guide For The Extra-Challenged Parent by Jackie O'Donnell

You have subscribed to alerts for Jackie O&#039;Donnell.

You have been added to Jackie O&#039;Donnell's favorite list.

You can also sign-up to receive email notifications whenever Jackie O&#039;Donnell releases a new book.