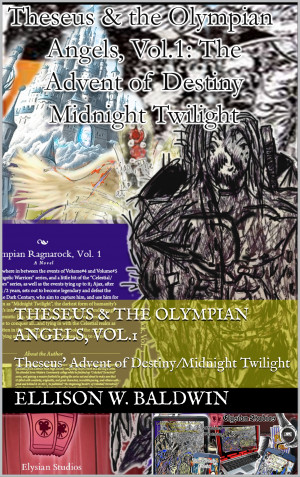 By Ellison Baldwin
Takes place somewhere in between the events of Volume#4 and Volume#5 of the "Saintly/Angelic Warriors" series, as well as the events tying up to it; Theseus, after being gone for 2 1/2 years, sets out to become legendary and defeat the Vipers and end the Dark Century, who aim to capture him, and use him for the project, known as "Midnight Twilight", the darkest form of humanity's time & place. More
The start of a trilogy that takes place between Volume#4 and Volume#5 of the “Saintly/Angelic Warriors” series, and ties in a little with the “Celestial/Terrestrial Warriors”, where it focuses on the series about a boy named Theseus, son of the famous Warrior/King of Sparta, named Menelaus, who was known for his victory in the Viper War (Trojan War), back during the Hellenistic Dynasty, back when there was a dimensional rip, and there was a new breed of different creatures, that’re coming through to create a new age, where the reptiles from the biblical past, were to come and haunt them so. As well as when the Titans were imprisoned, but were said to return one day to finish what they’ve started. In the aftermath of such an event, Menelaus could settle down with the most beautiful woman in the world, Helen, and they beget a son named Theseus. But now through the defeat of the previous Viper Lord, the city of Atlantis, the birthplace of the hero, was invaded by the son of his old mortal enemy, and young Ajax, is forced into hiding and has to try and find the “Book of Enoch”; which was said to not only be written by the prophet named Enoch, but contains the age-old histories of the world of Sparta, that’s connected to what it is now, as well as the Fallen Angels and how their actions have made numerous things go on, throughout the world as a whole.

"Ellison Wright Baldwin" is the pen name of the author of the "Celestial/Terrestrial Warriors" (Tentai/ Chijō no Senshi) and "Saintly/Angelic Warriors" (Seijin/ Tenshi no Senshi) series, Garland J. Bennett, III, who's old writing nickname was "Garbo, The Diverse Writer". Adopted the pen name based on the various writing styles, many literary tropes, as well as with it's characters as well, paying much homage, admiration, and respect to the literary giants of the 20th Century such as C.S. Lewis and J.R.R. Tolkien, who were his main inspiration for his second masterpiece, the "Saintly/Angelic Warriors" series. This is considered to be Garland's first and foremost pen name. In honor of three great literary Black Authors who came before him; Ralph "Ellison", Richard "Wright", and James "Baldwin".

For more information of the Author, check out his website at
http://www.celestialgraphics.net 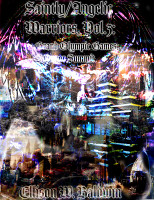 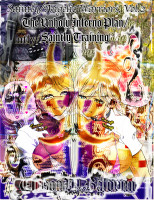 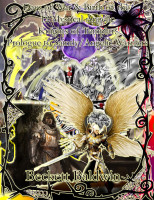 You have subscribed to alerts for Ellison Baldwin.

You have been added to Ellison Baldwin's favorite list.

You can also sign-up to receive email notifications whenever Ellison Baldwin releases a new book.