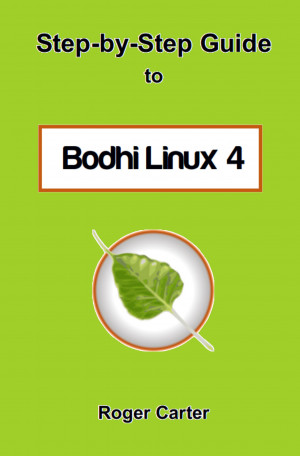 By Roger Carter
Rated 5.00/5 based on 1 review
Based on the popular Ubuntu operating system, Bodhi Linux 4 incorporates the Moksha desktop, a customized version of the elegant Enlightenment E17 desktop manager. This guide explains in easy steps how to install, customize, and use Bodhi Linux 4 on your computer. Bodhi Linux can transform your computing experience, and this book will show you how.
Download: epub mobi (Kindle) pdf more Online Reader
lrf pdb txt
Price: Free! USD
Add to Library
Create Widget
Tags: moksha ubuntu enlightenment desktop manager
About Roger Carter

Roger Carter has had a varied career, including working as a studio manager at the BBC, working for the British Overseas Civil Service in the Solomon Islands, and running his own business. From 1975 to 2000 he was a lecturer at what is now the Buckinghamshire New University, and during this time he wrote 20 student textbooks, including Quantitative Methods for Business Students, and Business Administration for the Computer Age (both published by Heinemann) as well as books on information technology and computer software (various publishers).
He is now retired and lives with his wife Sandra in Buckinghamshire, England. They have two children and five grandchildren.
In 2018 he helped set up the Bourne End & District U3A and became its first Chair, and in 2021 was appointed its Honorary President..

Rogers Bodhi Linux books are a great resource to get users new to Moksha/enlightenment or Linux up and running.

You have subscribed to alerts for Roger Carter.

You have been added to Roger Carter's favorite list.

You can also sign-up to receive email notifications whenever Roger Carter releases a new book.