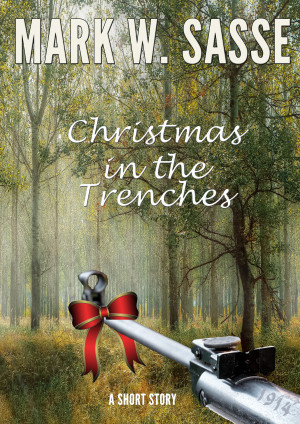 Christmas in the Trenches, 1914: A Short Story

Mark W Sasse is a novelist and award-winning playwright. Sasse’s novels have been featured on Bookbub and other curated sites, and his plays have been produced in New York, Penang, Kuala Lumpur, and Sydney, Australia. His novel MOSES THE SINGER was a finalist in The Kindle Book Review YA Novel of the Year Awards (2021). He was the winner of the Greywood Arts Winter Residency 2018 for his play "The Last Bastion." He is a three-time winner of the Best Script Award at the Penang Short & Sweet Theatre Festival. His plays have won multiple other awards such as Best Overall Performance and Audience Choice Award. He won the Festival Director’s Award at the 2016 festival.

Sasse’s interests cast a wide net – from politics to literature – from culture and language – from history and religion, making his writing infused with the unexpected as he seeks to tell authentic and engaging stories about people from all walks of life. His writing is straightforward and accessible to all, especially those who enjoy a page-turning good story injected with doses of Asian culture, history, adventure, and unexpected humor.

The Complete List of Works by Mark W Sasse

Reviews of Christmas in the Trenches, 1914: A Short Story by Mark W Sasse

You have subscribed to alerts for Mark W Sasse.

You have been added to Mark W Sasse's favorite list.

You can also sign-up to receive email notifications whenever Mark W Sasse releases a new book.