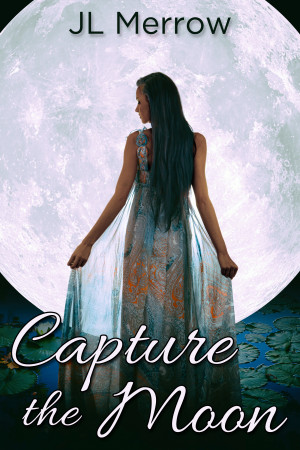 The lovely Princess Selene has also had more than her fair share of suitors, but she refuses to marry until someone gives her the moon. Felix’s telescope could grant her heart’s desire, but it’s Adrien who finds herself in love with the lively, beautiful princess.

Astonished to find Selene loves her in return, Adrien’s joy is short-lived. Surely Selene’s love will die when Adrien reveals her true gender? And in any case, two women cannot be married -- can they?

JL MERROW is that rare beast, an English person who refuses to drink tea. She read Natural Sciences at Cambridge, where she learned many things, chief amongst which was that she never wanted to see the inside of a lab ever again. Her one regret is that she never mastered the ability of punting one-handed whilst holding a glass of champagne.

She writes across genres, with a preference for contemporary gay romance and mysteries, and is frequently accused of humour. Her novel Slam! won the 2013 Rainbow Award for Best LGBT Romantic Comedy, and her novella Muscling Through and novel Relief Valve were both EPIC Awards finalists.

You have subscribed to alerts for JL Merrow.

You have been added to JL Merrow's favorite list.

You can also sign-up to receive email notifications whenever JL Merrow releases a new book.