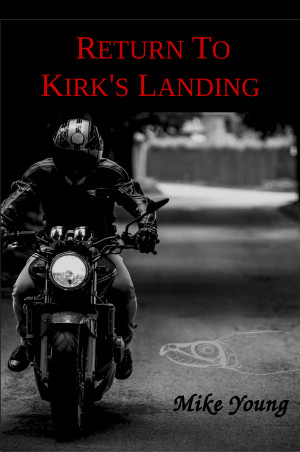 By Mike Young
Dave's peaceful new life as police chief in a small town is shattered when ghosts from his past reappear. Suddenly he's confronted with bikers, drugs, treachery, a murder, and the reappearance of an evil spirit. More
Dave Browne, a former big city undercover cop, is hoping to finally settle into a peaceful new life as police chief in a small northern Canadian town. When he'd first arrived in the middle of winter, he’d relied on both his ability to disappear, and his new First Nations friends, to solve an unsolved murder, expose corruption at the local mill, and defeat an evil spirit. Now it’s summer, and he’s planning on being just a regular cop, worrying about things like jaywalking tourists and loud cottage parties. Unfortunately, parts of his past reappear, and he’s confronted with a biker gang, drugs, another murder, and a demonic possession. It's now time for him to face the benefits and limitations of his unique ability, changing both it and himself in the process.
Available ebook formats: epub mobi pdf lrf pdb txt html
First 20% Sample: epub mobi (Kindle) lrf more Online Reader
pdb
Price: $2.99 USD
Buy Add to Library Give as a Gift
How gifting works
Create Widget
Tags: police canada summer rcmp rural first nations graffiti spirit possession northern town manitoba
About Mike Young

Mike was born and raised in Kirkland Lake, a small northern mining town with a nearby First Nations reserve.
He grew up with a love of the north, even in the midst of winter, exploring the surrounding woods with his friends, and his grandfather. He moved down south in his 20's to follow a career in quality management, but his real pleasure was still heading outside the city, with canoe and tent. While in Toronto he also developed an interest in back-alley murals, in artistic graffiti, and worked with some police there that saw its potential as a community building exercise.
He'd always been a voracious reader, so several years into retirement he decided to try writing, and hasn't stopped since. This is his first book, but he has several more drafts waiting in the wings.

Reviews of Return to Kirk's Landing by Mike Young

You have subscribed to alerts for Mike Young.

You have been added to Mike Young's favorite list.

You can also sign-up to receive email notifications whenever Mike Young releases a new book.