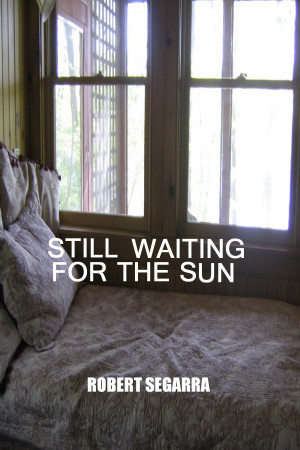 Still Waiting For The Sun

Inheritances come in all shapes and sizes, and Jane Whitley is about to discover what hers is all about as she seeks out a "second chance" in life. More
Inheritances come in all shapes and sizes, but Jane Whitley never could have imagined how hers would turn out. Depressed and uninspired, she had been unhappily going about her business living her life in New York City when out of the blue she received news about a windfall that had suddenly come her way. But it wasn't the sort of windfall she could easily have accepted. In order to receive this inheritance, she would have to give up everything she had in New York and travel down to North Carolina. At first she resists, but during one particularly bad stretch, she relents and decides to take a chance and see what life somewhere else may have in-store for her. After all, she tells herself - "Life is all about second chances." In due time, Jane finds herself on her way to try and discover what might lay in her future. What would you do if you were in Jane's shoes?
Available ebook formats: epub mobi pdf lrf pdb txt html
First 50% Sample: epub mobi (Kindle) lrf more Online Reader
pdb
Price: $3.99 USD
Buy Add to Library Give as a Gift
How gifting works
Create Widget
Tags: romance love adventure travel contemporary ghost new york americana second chances inheritances
About Robert Segarra

﻿ROBERT SEGARRA is a New York artist, writer, and musician with many writing, art and illustrated pieces to his credit.

Originally published in the summer of 2007 "STILL WAITING FOR THE SUN" details the difficult life of an unmotivated woman as she receives a very bizarre inheritance that just may change her life if she has the courage to accept it. The book has been re-edited and republished as of 2016.

Other books include, "MILLION DOLLAR HARRY," "EVER DARK," TEMPORARY ANGELS" and "GODS & WEREWOLVES."

Some of his other book projects are "CROW HILL & OTHER POEMS" and the illustrated children's books, "IF TIGER COULD TALK" - and the holiday favorite - "THE CHRISTMAS MOUSE."

About a dozen of his screenplays have been produced as films and have aired on television, and screened at film salons and festivals.

There are many other projects in the works as well.

His poetry has won awards.

His artwork has been favorably reviewed in USA Today, and in other publications.

And, he has designed artwork, posters, flyers, and clothing logos for such institutions as The Easter Seals Society of New York.

Over the years, his paintings have been a part of several New York City art exhibitions, a number of which have ended up in private collections.

He writes, records and produces music as the one-man band, "BILLY J BRYAN & THE AX GRINDERS." The music can be found online at CD Baby, iTunes, Amazon and many fine e-tailers. And the music can be heard online, live and archived, at various Internet radio stations, such as EGH Radio, Wig-Wam Radio, Rocker's Dive Radio, Open The Door Radio, Lonesome Oak Radio, Howard's Power Pop Stew, Take-Two Radio, KSCR, Spotify and many others sites and stations. 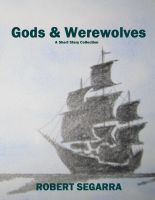 You have subscribed to alerts for Robert Segarra.

You have been added to Robert Segarra's favorite list.

You can also sign-up to receive email notifications whenever Robert Segarra releases a new book.