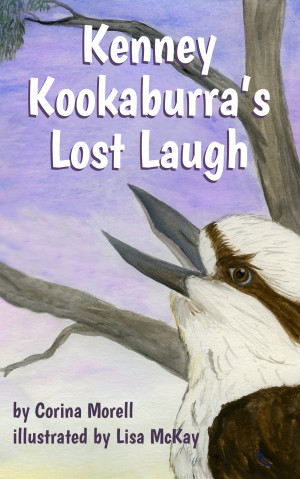 Corina Morell grew up in the beautiful Blue Mountains, New South Wales. Her love of stories began at a very young age when she would walk around the house telling stories to her teddy bears. When her Grandmother gave her a special note book in primary school, Corina began to write imaginary adventures of the many different animals she had growing up, as her love of writing stories grew. Throughout high school, Corina found she actually enjoyed the creative writing assignments she was given in class, and began to realise her true passion for writing, as she continued to receive positive feedback from her teachers, family and friends. Before becoming a proud mother of two, Corina completed a Certificate II in Creative Writing, and had several articles about her life experiences published in magazines. But it wasn't until she began to read stories with her children every night that she found the motivation to write her first children's book, 'Billy Bowerbird's Quest', a story about the native Australian animals of 'Waratah Glen.' Corina found her inspiration for her first book from her childhood home of the Blue Mountains and her love of Australian animals. Corina now hopes to make Billy Bowerbird's Quest, which has been illustrated by emerging artist, Lisa McKay, the first book in the 'Waratah Glen' picture book series.

You have subscribed to alerts for Corina Morell.

You have been added to Corina Morell's favorite list.

You can also sign-up to receive email notifications whenever Corina Morell releases a new book.