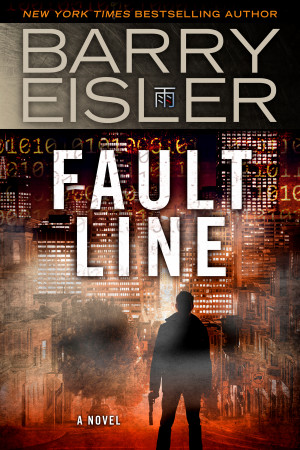 By Barry Eisler
On the sun-drenched slopes of Sand Hill Road, Silicon Valley’s nerve center of money and technology, old family hurts sting anew as two brothers who share nothing but blood and bitterness wage a desperate battle against a faceless enemy. More
In Silicon Valley, the eccentric inventor of a new encryption application is murdered in an apparent drug deal.

In Istanbul, a cynical undercover operator receives a frantic call from his estranged brother, a patent lawyer who believes he is the next victim.

And on the sun-drenched slopes of Sand Hill Road, Silicon Valley’s nerve center of money and technology, old family hurts sting anew as two brothers who share nothing but blood and bitterness wage a desperate battle against a faceless enemy.

Alex Treven has sacrificed everything to achieve his sole ambition: making partner in his high-tech law firm. But then the inventor of a technology Alex is banking on is murdered… and the patent examiner who reviewed it dies… and Alex himself narrowly escapes an attack in his own home. Off balance, out of ideas, and running out of time, he knows the one person who can help him is the last person he’d ever ask: his brother.

Ben Treven is a Military Liaison Element, an elite undercover soldier paid to “find, fix, and finish” high-value targets in America’s Global War on Terror. Disenchanted with what he sees as America’s culture of denial and decadence, Ben lives his detached life in the shadows because the black ops world is all he really knows—and because other than Alex, who he hasn’t spoken to since their mother died, his family is long gone.

But blood is thicker than water, and when he receives Alex’s frantic call, Ben hurries to San Francisco to help him. Only then does Alex reveal that there’s another player who knows of the technology: Sarah Hosseini, a young Iranian American lawyer who Alex has long secretly desired… and who Ben immediately distrusts. As these three radically different people struggle to identify the forces attempting to silence them, Ben and Alex are forced to examine the events that drove them apart—even as Sarah’s presence, and her own secret wants, deepens the fault line between them.

Barry Eisler spent three years in a covert position with the CIA's Directorate of Operations, then worked as a technology lawyer and startup executive in Silicon Valley and Japan, earning his black belt at the Kodokan International Judo Center along the way. Eisler's bestselling thrillers have won the Barry Award and the Gumshoe Award for Best Thriller of the Year, have been included in numerous "Best Of" lists, and have been translated into nearly twenty languages. Eisler lives in the San Francisco Bay Area and, when he's not writing novels, blogs about torture, civil liberties, and the rule of law. www.barryeisler.com

You have subscribed to Smashwords Alerts new release notifications for Barry Eisler.

You have been added to Barry Eisler's favorite list.

You can also sign-up to receive email notifications whenever Barry Eisler releases a new book.