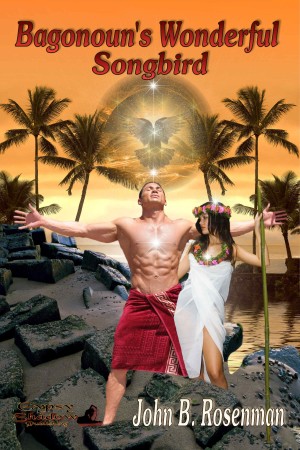 John was an English professor at Norfolk State University where he designed and taught a course in how to write Science fiction and Fantasy. He is a former Chairman of the Board of the Horror Writers Association and has published 300 stories in places such as Weird Tales, Whitley Strieber’s Aliens, Fangoria, Galaxy, The Age of Wonders, and Hot Blood. John has published two dozen books, including SF action-adventure novels such as Beyond Those Distant Stars and Speaker of the Shakk (Mundania Press), A Senseless Act of Beauty and Alien Dreams (Crossroad Press), and the Inspector of the Cross series and The Amazing Worlds of John B. Rosenman (MuseItUp Publishing).

Learn more about John B. Rosenman

Reviews of Bagonoun's Wonderful Songbird by John B. Rosenman

You have subscribed to alerts for John B. Rosenman.

You have been added to John B. Rosenman's favorite list.

You can also sign-up to receive email notifications whenever John B. Rosenman releases a new book.