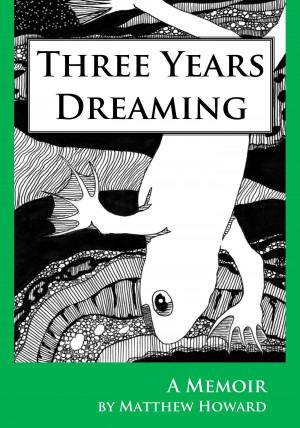 The dream journal is a candid, intimate record of events that never happened. Dive into the forgotten life we live when we are not awake. Experience the unconscious. Dream. And when it ends the only way a dream really can, you will have survived the journey.

This book holds three chapters, each containing a year of dreams.

Matthew Howard is the pen name of a significant number of atoms which organized themselves to produce a biochemical activity so complex and so advanced that the resultant organism is expected to continue its self-awareness for at least as long as it takes to finish two more cups of coffee.

Matthew consists primarily of electrons and the nuclei they orbit, but he remains under constant bombardment by photons of varying frequencies. Millions of microorganisms colonize him every second of the day, even when he is sleeping.

His hobbies include traveling through time at the rate of one second per second, looking at cats on the Internet, and metabolizing liquid carbohydrates. He has never merged with a symbiote, nor been infested by a xenomorph, nor been overtaken by an artificial intelligence in the service of any dystopic overlord. 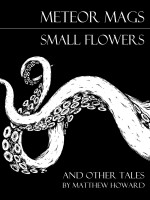 You have subscribed to alerts for Matthew Howard.

You have been added to Matthew Howard's favorite list.

You can also sign-up to receive email notifications whenever Matthew Howard releases a new book.