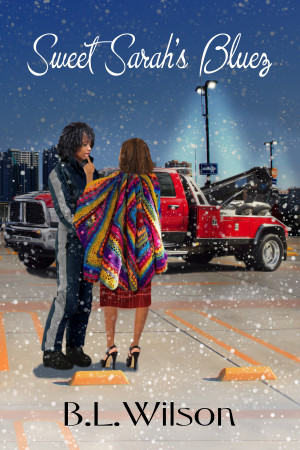 B.L. has always been in love with books and the words in them. She never thought she could create something with the words she knew. When she read ‘To Kill A Mocking Bird,’ she realized everyday experiences could be written about in a powerful, memorable way. She wasn’t quite sure what to do with that knowledge so she kept on reading.

Walter Mosley’s short stories about Easy Rawlins and his friends encouraged BL to start writing in earnest. She felt she had a story to tell…maybe several of them. She’d always kept a diary of some sort, scraps of paper, pocketsize, notepads, blank backs of agency forms, or in the margins of books. It was her habit to make these little notes to herself. She thought someday she’d make them into a book.

She wrote a workplace memoir based on the people she met during her 20 years as a property manager of city-owned buildings. Writing the memoir, led her to consider writing books that were not job-related. Once again, she did…producing romance novels with African American lesbians as main characters. She wrote the novels because she couldn’t find stories that matched who she wanted to read about …over forty, African American and female.

About the Series: Forever Woman

In Forever Woman, are you for real?, Jenna Jacks, a moody artist with lots of baggage, hires driver Florence Walker, who immediately bumps heads with Jenna. There is an undercurrent of attraction that neither can deny.

In Sweet Sarah’s Bluez, Sarah is a tow truck driver who is tired of her life as a doormat for her son and her mother. She helps a stranded motorist one night, only to discover an attraction for the woman, leading to her discovery of herself as a lesbian.

Two Moons Bakery is a trilogy of tales about relationships among gay women who that interconnect through a central meeting place.

Get Reckless with the Truth but Don’t Lie, follows characters from TMB, Edith and Danielle, into a tumultuous affair that ends almost before it begins with an attempted murder.

The Bookstore tells the tale of playgirl Vivian Johnson & bookstore owner Patricia Davis, who tames her.

You have subscribed to alerts for B.L Wilson.

You have been added to B.L Wilson's favorite list.

You can also sign-up to receive email notifications whenever B.L Wilson releases a new book.