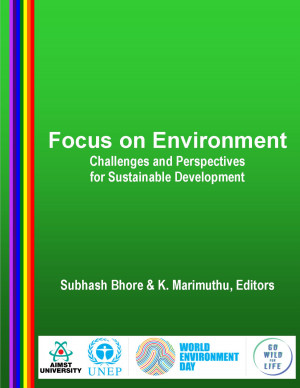 By Dr. Subhash Bhore
This book is the Proceedings of the ‘National Seminar on Sustainable Environment and Health 2016’ & ‘World Environment Day-2016 (WED-2016)’ events held on the campus of AIMST University, Kedah, Malaysia.

Subhash Bhore, PhD: Subhash completed his BSc (Botany) and MSc (Botany) degrees education at University of Pune, India. Immediately after completing his MSc, he got an opportunity to work at ‘Biochemical Engineering Department’ and ‘Plant Tissue Culture Pilot Plant’ of the National Chemical Laboratory, Pune, India. In June 2000, he received a Doctoral Fellowship (GRA) to pursue a PhD Degree in Molecular Genetics at the National University of Malaysia (UKM). In 2004, he was appointed as Senior Research Officer at Melaka Institute of Biotechnology (MIB), a research wing of Melaka Biotechnology Corporation, Malaysia. Based on his performance, in April 2005, he was promoted as ‘Principal Investigator & Head of R&D Department’ at MIB, Malaysia. In 2008, he was invited by the AIMST University as a ‘Visiting Faculty’ for their Department of Biotechnology and now serving as a Senior Associate Professor. In 2009, he was nominated for the AASIO (Association of Agricultural Scientists of Indian Origin) Young Scientist Award. He has published more than 47 peer-reviewed articles, 5 books, and submitted more than 11,900 DNA sequences in Gene Bank, and got more than 10 awards/fellowships. As of May 2016, he has supervised more than 67 students including postgraduates, undergraduates and industrial trainees. He is actively involved in research as well as teaching and advising of postgraduate and undergraduate students. You may contact him using email, subhash@aimst.edu.my or subhashbhore@gmail.com 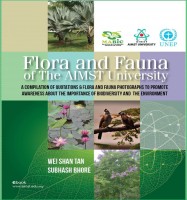 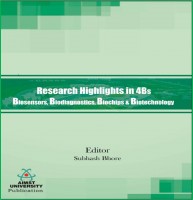 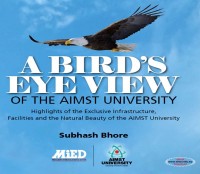 You have subscribed to alerts for Dr. Subhash Bhore.

You have been added to Dr. Subhash Bhore's favorite list.

You can also sign-up to receive email notifications whenever Dr. Subhash Bhore releases a new book.