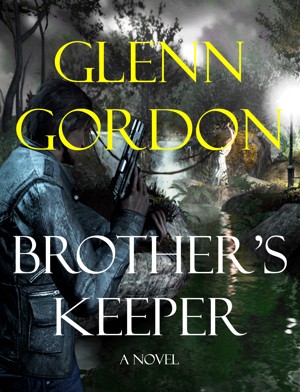 By Glenn Gordon
A night of brutal murder on Seattle’s waterfront leads security expert Mack Fraser to a stunning discovery, one of the dead men is his identical twin brother.

A brother, who to that moment, he never even knew existed.

His quest for answers plunges Mack into a shadowy world of buried secrets, hidden identities, and stakes so high that asking the wrong question could make him the next victim. More
In the aftermath of Seattle’s brutal Park Murders, security expert Mack Fraser discovers that one of the itinerant victims is his own brother.

A brother, who to that moment, he never even knew existed.

Against police advice Mack sets out to uncover the dead man’s buried past, a shadowy trail that leads from San Francisco to the Chicago underworld and eventually to the murky forests of Washington’s Olympic Peninsula, the perfect place for hiding secrets. He’s a tortured man in pursuit of answers, unaware that others are equally invested in a similar quest, but for reasons far more sinister. And it’s only a matter of time before their tactics turn violent.
Mack soon finds himself the prime suspect in not only his brother’s murder, but the vicious deaths of a dozen others. And the evidence against him continues to mount.

Forced into hiding and hunted by old school mobsters, corrupt federal agents, and a Seattle police force on a mission – only then, bruised and battered and pushed to the ultimate limit, does he uncover the audacious means for fighting back and proving his own innocence: the impossible heist of the most impenetrable vault in the Northwest.

Author Glenn Gordon grew up with three brothers in So Cal, Seattle, and the Turks and Caicos Islands, where his parents owned a small destination inn and restaurant. They had a lot of adventures. Some involved big fish, and deep water grottos, and broken bones, and cute tourist girls. Lots of stories to tell.

He schooled at the University of Washington, studying Norwegian and comparative religion (not kidding), dropped out, got married, sold shoes, re-upped at the U-Dub, got a degree in English and a license to teach. He did that for a chunk of years in coastal Westport and farmy Wenatchee, had two daughters - Meghan and Kylene - then resettled just east of Seattle. He odd-jobbed, got divorced, found out he had an older half-sister, then began a career in textbooks with a couple of huge publishers.

For the past 15 years he's been training K-8 teachers how to be better K-8 teachers through the judicious use of his company's materials. He's good at it and he travels a lot.

He married a way cool and cute woman named Nancy. He has a dozen friends that he's known more than 30 years. He drinks spectacular NW craft beers and he likes to grill. His grandkids are named Jaxon and Ava. They're amazing people, though small.

And he writes. Has his whole life. Pages and pages, chapters and chapters. And a few complete books that don't really count.

The books that DO count are his Mack Fraser suspense thrillers, debuting with Brother's Keeper, and continuing soon with The Ferryman's Wake. Well, relatively soon. They're set in Seattle, and according to his loyal readership, they portray the city as only a long time resident could. And his characters are wicked awesome. Seriously. At least that's what people tell him.

And for that we'll give him two thumbs up. 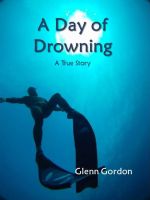 You have subscribed to alerts for Glenn Gordon.

You have been added to Glenn Gordon's favorite list.

You can also sign-up to receive email notifications whenever Glenn Gordon releases a new book.