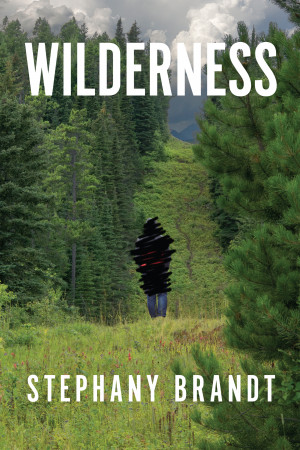 By Stephany Brandt
Rated 5.00/5 based on 1 reviews
Three friends go on a camping trip to re-live their glory days, but their encounter with a dark spirit will shake their friendship to its core. More
This novella follows three best friends approaching middle age who go camping to relive their glory days. The years and miles have split them apart, but each hopes to rekindle their friendship with beers and stories around the campfire. Everything goes as planned until they take a fateful hike around a lake bordering the Three Sisters Wilderness Area.

Their leader, Steve, suddenly falls ill and needs to go back to camp. He hopes a little sleep will beat his illness and his friends Ben and Mike wait, hoping Steve will get better.

Then Steve wakes up.

He is no longer himself, and proceeds to play a game of cat-and-mouse with his friends through the forest over the next few days, battling exhaustion and illness as they all try to survive in the wilderness.

Stephany Brandt is a speculative science fiction author based in Oregon, and her novels are set in the Pacific Northwest both in present and future times. She focuses on tales in our near future that delve deeper into the nature of good and evil, discuss what it's like to be an outsider, and explore the nature of love during trying times.

She is heavily influenced by writers like Robert A. Heinlein, Stephen King, Stephen Baxter, and Ursula K. LeGuin.

Her current titles include New Caviar, Wilderness, and the upcoming novels Darkness, Feeding and Perfect, as well as numerous short stories. She received her creative writing training at the University of Oregon, graduating in 2001.

Stephany lives in Bend, Oregon with her husband, their 19-year-old cat, a pug from another planet, and a passel of pet chickens.

A very good read. Funny, terrifying and full of suspense. I enjoyed it.

You have subscribed to alerts for Stephany Brandt.

You have been added to Stephany Brandt's favorite list.

You can also sign-up to receive email notifications whenever Stephany Brandt releases a new book.