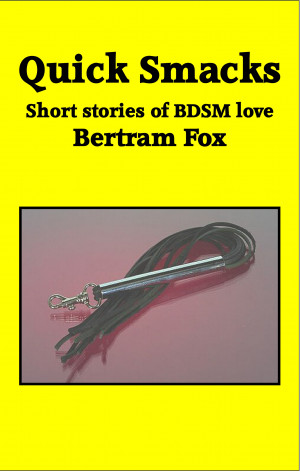 I chained my second girlfriend to the bed and never went back to vanilla. In the course of a long interesting life I've lived in a bisexual foursome marriage, owned collared slaves both female and male, made fetters and dungeon furniture for a business, had more submissives than I can recall, and occasionally been on the other end of the chain. These days my wife helps me to get the sub's viewpoint right.

(*And don't tell me that's not consensual, Barbie spreads her legs every time she bends over, that's a pain-slut if I ever saw one.)

You have subscribed to alerts for Bertram Fox.

You have been added to Bertram Fox's favorite list.

You can also sign-up to receive email notifications whenever Bertram Fox releases a new book.