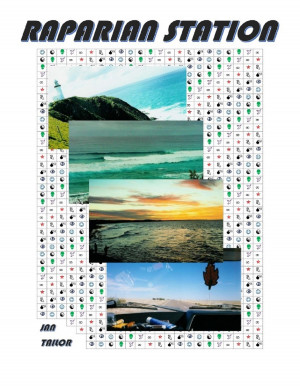 Riparian Station is an acid trip away from a universe ordered by God into the recesses of nihilism finding a surf film, good fishing, and meaning in being a one of in a chaotic universe rather than a step in a cycle.

Warning: read the full descriptions before downloading. Riparian Station’s proses are unapologetically ugly and truthful to the dyslexia of the author's ability. More
Riparian Station is an acid trip away from a universe ordered by God into the recesses of nihilism finding a surf film, good fishing, and meaning in being a one of in a chaotic universe rather than a step in a cycle. Stream of consciousness does not adequately describe this narrative, unless the stream is the Love Canal - toxic and flammable. Australia and LSD provide the landscape for the pointless journey. A Ford Falcon, surf board and ravishing mind are the transportation for this ride. Fishing, sex, and love are the washboard for this road. The philosophy of Riparian Station can best be summed up by Sophia's (a main character) view on sex, "Sex should be like Special Olympics, everyone involved makes screwed up faces and strange noises and everyone is a winner in the end."

Riparian Station is the best thing the author has written but it maybe unreadable. All art is perfect but can be hard to look at. Hopefully, it is unreadable in the way that Finnegan’s Wake is reported to be but likely not.

Riparian Station’s proses are unapologetically ugly and truthful to the dyslexia of the author's ability. They have not been made artful or acceptable to grammar Nazi’s and bibliophiles. The author was more concerned with parts of writing that matter, the Ideas. Do not read Riparian Station if you cannot accept bad writing concealing beautiful ideas.

Riparian Station points out the major flaw with Ernest Hemingway’s, The Old Man and the Sea but it is a long way through the book.

"Existentialism served hot and blistered under an Australian sun…dry and straight like a road through the outback."

Jan Tailor is a recluse living in the bowels of Shaughnessy an affluent neighbourhood of Vancouver where the Crème del Crème live therefore there is no need for public transit to run through Shaughnessy.

Jan is certain that there has already been a zombie apocalypse because zombies are creatures that do not think and eat the brains of those that do. To Jan it is very apparent this has been happening in society since Bush II’s first term. Since the Orange Troll Revolution, Jan has observed a mutation in the zombies. The zombies now have negative meta intelligence (they don’t know anything but believe they are super intelligent) a trait most concerning. Jan tries to avoid society.

Jan believes that society could be helped if it took some mushrooms but Jan has never been able to grow enough – Jan is a bit of a pig, rarely having enough for anyone else. Of course, Jan’s addictions counselor tries to tell Jan perspectives and behaviors can be change without psychedelics. Jan thinks that approach takes too long, even if it is the only “sensible” option.

So Jan tries to defend consciousness by writing. It has been said by a fool that the pen is mightier than the sword, Jan is a fool. The act of writing has nearly caused Jan to lose the plot and kill an editor. Jan’s insanity stems from dyslexia, the inability to incorporate English’s irrationalism from thought into writing. Jan believes there is some symmetry in being a dyslexic writer and being a Canucks fan.

Happiness comes from acceptance; Jan’s addictions counselor assures. Jan is following this by accepting that dyslexics will not have prefect grammar and spelling. You can expect that Jan did the best job of proofing Jan could do but that will include some errors (if you are a reasonably priced proofreader who likes Jan’s work send a message). Dyslexic’s writing promotes diversity, a thing Jan thinks is good.

The sentence Jan lives by is: Searching for the strong argument in the instant of instinct.

Over the next few months or years Jan is writing the Salmon Sex and Violence series of stories. All will have technology as a catalyst like Creeper. Will the next in the series, Direct Democracy, be done in the fall or in 2047? Place your bets.

Jan’s hobby is fishing and one of the few things Jan will rise during the day for.

Jan’s photo is of an orca off of Spanish Bank in Vancouver Harbour. The whales (87 of them) spoiled the fishing that day but reminded Jan people are natural too. 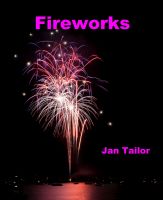 You have subscribed to alerts for Jan Tailor.

You have been added to Jan Tailor's favorite list.

You can also sign-up to receive email notifications whenever Jan Tailor releases a new book.