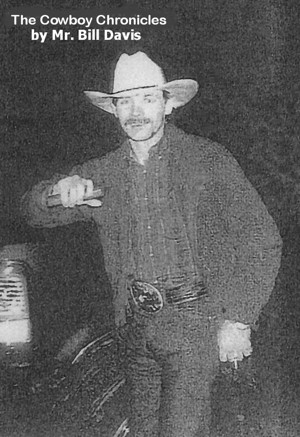 Born in Midland, Texas. Lived in Midland until 1964 when my family moved to Arlington, Texas. Graduated from Sam Houston High School in 1969. Joined the Navy immediately after graduation and served for 11 months and six days- received an honorable discharge. Married Shirley Ann Carver October 25, 1974 in Arlington, Texas.
Attended Tarrant County Junior College and received an Associate Degree in Electronics Communication Technology. Hired by General Dynamics in Fort Worth, Texas June 1978. The wife and I moved to Azle, Texas in April 1979. Worked at this location for 29 years and 10 months retiring from Lockheed Martin Aeronautics Fort Worth as a Hardware Engineer Sr, MCSE with a BSIT. Enrolled by the Cheyenne River Sioux Tribe in South Dakota in 2006 as 1/8th Lakota. Hired as Church Administrator at the Lighthouse Church in Azle, Texas April 2008. Published best seller "The Cowboy Chronicles" December 23, 2009

Reviews of The Cowboy Chronicles by Bill Davis

You have subscribed to alerts for Bill Davis.

You have been added to Bill Davis's favorite list.

You can also sign-up to receive email notifications whenever Bill Davis releases a new book.