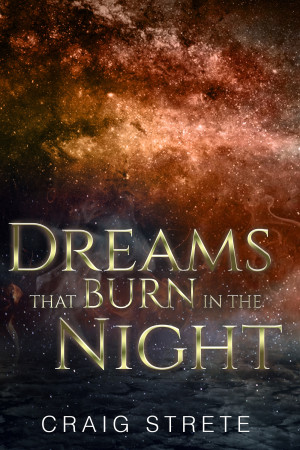 Dreams That Burn in the Night

"On the Way Home, about American Indians (Strete is one) returning after a stint in the army, is grittily unsettling. There's the achingly sad tale of an Indian sorcerer/guardian who invokes aliens from the stars to lift the burden of the white man's oppression. Also: a short, wry, powerful evocation of Old Woman Mountain. As before, then, the Indian stories are stronger than the more standard sf or fantasy. But a raw, satirical edge enlivens the best of the more orthodox pieces: a hilarious stranded astronaut yarn; a future where clothing is obscene; a ghost in a police computer; the dreams rocks dream over the eons. ... Strete, then, is still blazing away in all directions--and scoring an uncomfortable number of hits: strong work from a gifted writer."
--Kirkus Reviews
Available ebook formats: epub mobi pdf lrf pdb txt html
First 10% Sample: epub mobi (Kindle) lrf more Online Reader
pdb
Price: $3.99 USD
Buy Add to Library Give as a Gift
How gifting works
Create Widget
Tags: science fiction jim morrison native american fiction the doors
About Craig Strete

Reviews of Dreams That Burn in the Night by Craig Strete

You have subscribed to Smashwords Alerts new release notifications for Craig Strete.