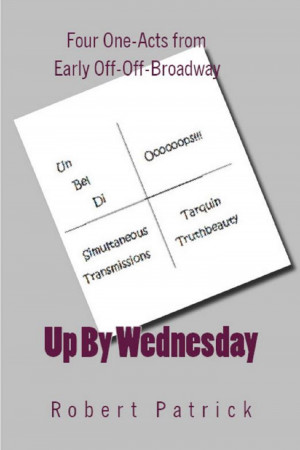 Robert Patrick was early Off-Off-Broadway’s most prolific and most produced playwright. His work found welcome at the Caffe Cino, La Mama, The Old Reliable, Playwrights Workshop Club, The Open Space, Stonewall Repertory Company and many many other venues. He is best-known commercially for Kennedy’s Children which played Broadway in 1975. He has also been a major influence in gay theatre, and was awarded the Robert Chesley Foundation Award for Lifetime Achievement in Gay Playwrighting . Other awards include the Show Business Award for the 1968-69 season and Glasgow Citizens Theatre Best World Playwrighting Award, 1973. He lives now in Los Angeles and is enjoying new productions of his work, old and new.

Treat yourself to a look at his Wikipedia pageRobert Patrick (playwright) for a bounty of links to show-photos, scripts, poems and songs, along with any number of riches.

You have subscribed to alerts for Robert Patrick.

You have been added to Robert Patrick's favorite list.

You can also sign-up to receive email notifications whenever Robert Patrick releases a new book.