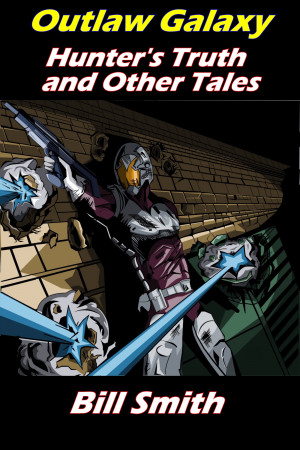 He and his family live in the foothills of New York's Adirondack Mountains. When not dreaming up stories of thrilling space fantasy, he can often be found at the local stock car tracks watching cars go around in a circle real fast. He considers himself an honorary Canadian and is enamored of slaw dogs, poutine, pretty paper money, progressive politics and Rush (the Greatest Band that ever has been and ever will be, emphatically NOT the blowhard political propagandist).

Reviews of Outlaw Galaxy: Hunter's Truth and Other Tales by Bill Smith

You have subscribed to alerts for Bill Smith.

You have been added to Bill Smith's favorite list.

You can also sign-up to receive email notifications whenever Bill Smith releases a new book.