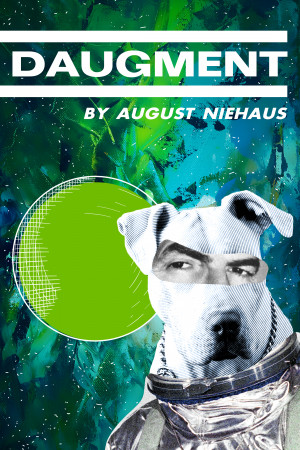 Except…now he has to be a dog.

A daugment, to be specific: a cybernetically enhanced canine, previously the doting pet of Pit’s biggest rival, General Tristan. It’s the only way to escape certain assassination.

So Pit grudgingly allies himself with a pair of well-meaning scoundrels and sets sail for seedier space in hopes of escaping Tristan’s clutches. What he finds instead is a galactic conspiracy to force him to make friends.

In another lifetime, August was a punk kid running a writing-themed e-zine in 2002 and participating in online survivor writing contests; these days, she’s a punk pseudo-adult with an office job and a studio of her own. Her husband, friends, and job keep her tied to the misty Pacific Northwest of the U.S., and her insatiable love of stringing words together keeps her writing a little bit of everything, every day.

You have subscribed to alerts for August Niehaus.

You have been added to August Niehaus's favorite list.

You can also sign-up to receive email notifications whenever August Niehaus releases a new book.