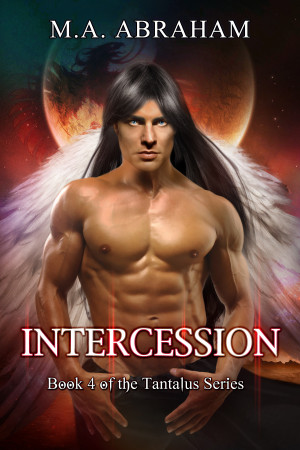 The message from the Martians is clear, remove the settlers from the surface of their planet, or they will die. The Tribunal Elder soon discovers there is more to this than those who are in command know about, for the act that precipitated this action had multiple events. Someone is working in the background, manipulating forces, to create a power struggle between the two species.

Will he allow the Tantalarians be pulled into a conflict that they have and want nothing to do with?
Available ebook formats: epub mobi pdf lrf pdb txt html
First 5% Sample: epub mobi (Kindle) lrf more Online Reader
pdb
Price: $3.99 USD
Buy Add to Library Give as a Gift
How gifting works
Create Widget
Tags: fiction love space sci fi wings m a abraham tantalus
About M.A. Abraham

About the Series: Tantalus

The people of Earth are beginning to reach out to seed their people on Mars. Twenty ships leave with the intention to colonize the planet and bring it back to life. Two of these ships have been sabotaged. They go off course and miss their goal, what they find staggers the imagination. An uncharted planet exists between Mars and the asteroid belt. Even more astounding,it is already inhabited by humanoids... with wings.

With the help of the Tantalarians, the two Earth ships land safely and are welcomed with open arms. Will they be able to get along? Will there be discord while they work out their differences? They will try, but first they must band together to defeat the evil that has travelled along with them. When one problem is solved, another rises.

When they feel things will settle down, those that have suffered most on Earth, call for their help. Will they answer the call? Kyllan, The Tribunal Elder, has done all he can and yet, he must go forward one last time to do battle for these people in the name of humanity. Will he be able to do this and still keep his people safe from a danger that could someday destroy them? Follow their tale to find the answer.

Reviews of Intercession by M.A. Abraham

You have subscribed to Smashwords Alerts new release notifications for M.A. Abraham.