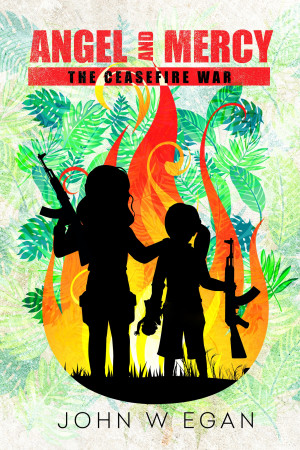 Angel and Mercy: The Ceasefire War

After four universities, three professions, two armies, and one war in West Africa, I settled in Ottawa, Canada and began to write.

About the Series: Angel and Mercy

This series is the story of Sierra Leone as it emerges from the ashes of war and enters the 21st century, as seen through the eyes of Angel and Mercy. While the major events and settings are real, Angel and Mercy are fictional characters. Forced to fight for the rebels, they are relatively lucky and lethal compared to the other children in their Small Girl Unit. As the war ends and this series begins, they escape the rebels and set out to reclaim the lives they had lost.

Also in Series: Angel and Mercy

You have subscribed to alerts for John W Egan.

You have been added to John W Egan's favorite list.

You can also sign-up to receive email notifications whenever John W Egan releases a new book.