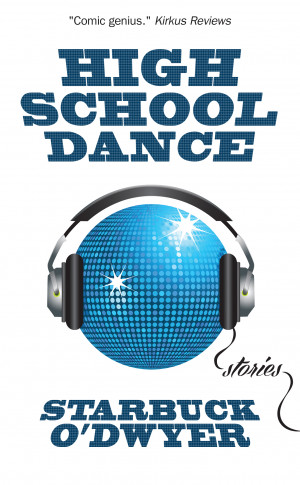 High School Dance (How to Raise a Good Kid Book 2)

By Starbuck O'Dwyer
Rated 4.00/5 based on 1 reviews
Few times in life are more memorable than our school years. Humiliation, heartbreak and failure are abundant, and that’s on a good day. No matter who you are, coming of age is exciting, confusing and sometimes downright dangerous, and High School Dance, the sequel to How to Raise a Good Kid, captures both the agony and ecstasy of what it's like to be young, wild and free. Get ready to laugh! More
Welcome to High School Dance, the sequel to How to Raise a Good Kid. I’m glad you’re here. This book is the culmination of a project that began shortly after my wife and I welcomed our son to the world. Like most first-time fathers, I felt a new and profound sense of responsibility and immediately became determined to pass along every lesson I believed was important. So even though my pride and joy was only drooling, pooping and sleeping at this point, and was years away from absorbing his dad’s hard-earned wisdom, I refused to let those pesky details get in my way.

First, I made a list of the events of my childhood that taught me the most, the ones that made the biggest impressions, both good and bad. This exercise forced me to revisit many harrowing experiences such as batting zero in little league baseball, my chronic addiction to a blanket, my disastrously unsuccessful try-out for the role of Winthrop in The Music Man, and the time I mooned the entire sixth grade. I wanted to let my son know whatever hardship he might face; his father had already been there, learned something of value and survived. I also wanted to let him know about all the fun and joy I experienced as a child and the love my parents showed me.

After compiling my list, however, I realized it wasn’t going to be enough. What if, God forbid, I wasn’t around to tell him the full story behind each enumerated item? I couldn’t bear the thought so I decided to turn the list into a book of stories about my childhood. Over time, the project evolved into two books: one about my grade school years, How to Raise a Good Kid, and one about my junior and senior high school years, High School Dance.

I truly hope you enjoy these collections. Few times in life are more memorable than our school years. Humiliation, heartbreak and failure are abundant, and that’s on a good day. No matter who you are, coming of age is exciting, confusing and sometimes downright dangerous, and I’ve tried to capture both the agony and the ecstasy. My wife and I were fortunate enough to add a daughter to our family in the intervening years and my great hope is that she and her brother will someday read these stories, learn a few lessons, come to know their father even better, and above all, remember how much I love them.

Starbuck O'Dwyer, a native of Rochester, NY, and a graduate of Princeton, Oxford and Cornell, writes novels, essays, short stories, screenplays and music under his given middle name. Presently available in ten languages, his novels and story collections have registered sales in over 40 countries across six continents, reaching national and/or category best-seller lists in the U.S., China, Brazil, Germany and the Netherlands. His critically-acclaimed debut novel, Red Meat Cures Cancer (Random House/Vintage Books), appeared on several best-seller lists, won two national writing awards for humor and was a featured selection of the 2007 One Book One Vancouver reading program. His writing, which has been described as comic genius by Kirkus Reviews, has been published in forums as diverse as Entertainment Weekly, Flaunt, Toro, Japanophile, The Journal News, PW Daily, and The Boston Globe, and he has appeared on over 350 radio and television programs including guest spots on ESPN, WGN, Voice of America and PBS. His collection of stories, How to Raise a Good Kid, a finalist in the 2012 Indie Reader Discovery Awards (parenting) and a finalist in the 2011 Foreword Reviews Book of the Year Awards (essays, humor),has been translated into Afrikaans, German, Chinese, Norwegian, Dutch, Italian, Greek and Portuguese, and is being translated into Spanish. Similarly, his second novel, Goliath Gets Up, a finalist in the 2012 Indie Reader Discovery Awards (humor) has been translated into Chinese and is presently being translated into Portuguese. His most recent story collection, High School Dance, a gold medalist in the 2016 Global Ebook Awards (non-fiction humor/comedy) and a finalist in the 2016 Foreword Reviews INDIES Book of the Year Awards (non-fiction humor), reached #1 on the Amazon kindle best-seller list in both the Humor & Entertainment and Parenting & Relationships categories, has been translated into Spanish, Italian and Portuguese, and is being translated into Greek. In addition, songs that O'Dwyer composed have been licensed for television by both the Telemundo and Country Music Television networks and featured in several of their shows.

As I was reading I couldn't help but notice the faint smile on my face. As the author takes you through lessons he himself has discovered in life, it brings me back to my own similar circumstances. Well Done sir, Well Done.

You have subscribed to alerts for Starbuck O&#039;Dwyer.

You have been added to Starbuck O&#039;Dwyer's favorite list.

You can also sign-up to receive email notifications whenever Starbuck O&#039;Dwyer releases a new book.