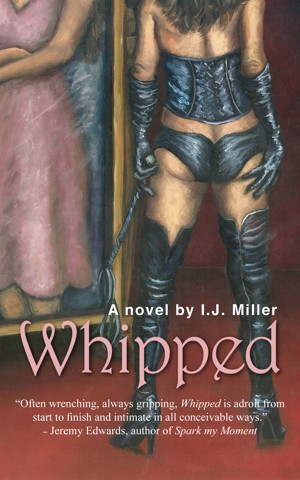 East Coast Author I.J. Miller has written three distinct works of fiction. His first novel, Seesaw, will soon be re-released by Fanny Press; it was originally published in three languages and sold over 132,000 copies. His second novel was published in German in 2006 by Wilhelm Heyne Verlag, a division of Random House; an English version will be released by Fanny Press in July. Sex and Love is his first collection of short stories. I.J. is also a screenwriter and earned his Master of Fine Arts at the American Film Institute. Visit his blog: IJMiller.fannypress.com and his website: IJMiller.com.

Reviews of Whipped by I.J. Miller

You have subscribed to alerts for I.J. Miller.

You have been added to I.J. Miller's favorite list.

You can also sign-up to receive email notifications whenever I.J. Miller releases a new book.